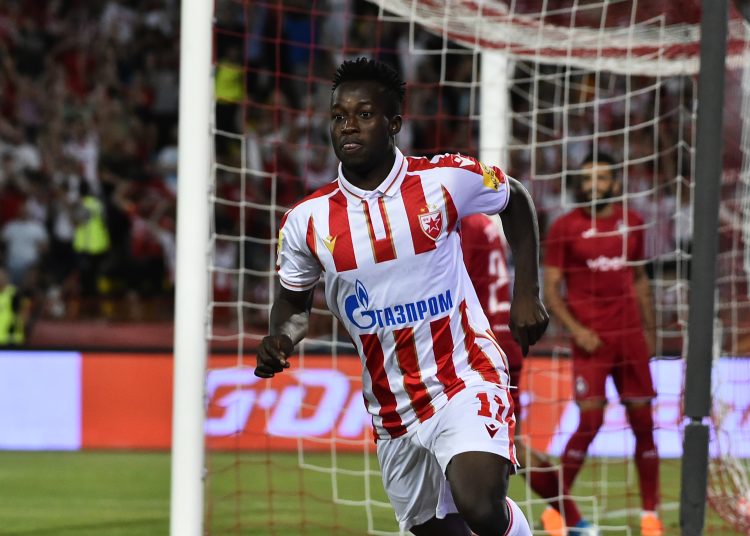 Ghanaian winger,  Osman Bukari bagged his first hat-trick for Red Star Belgrade as they hammered Armenian side Pyunik 5-0 on Wednesday night in the first leg of their UEFA Champions League third qualifying round tie.

The Black Stars player broke the backline of Pyunik with his blistering pace following a counterattack, before going round the goalkeeper and placing the ball in the back of the net.

Oh my goodness 🤯 Osman Bukari runs like he’s got some turbo power in his legs…give us the World Cup then 🇬🇭😤 pic.twitter.com/YUPaelgs9a

After his assist to his 2nd goal, he came on to get the 3rd for himself. Hope he gets his hat-trick before game ends…will you give us the World Cup now 😤🇬🇭🫶 pic.twitter.com/0z1S0ivseS

Bukari found the back of the net again just before the stroke of halftime.

After the first half, the former Accra Lions FC bagged his third of the night in the 70th minute to make the scoreline 4-0 as Red Star Belgrade dominated the UEFA Champions League qualifier.

Stefan Mitriovuic came off the bench to score the final goal.

The second leg will be played next week with the winner progressing to the play-offs stage.

We can’t afford to compromise on quality and standard for Accra 2023 – Dr. Ofosu-Asare

We can’t afford to compromise on quality and standard for Accra 2023 – Dr. Ofosu-Asare