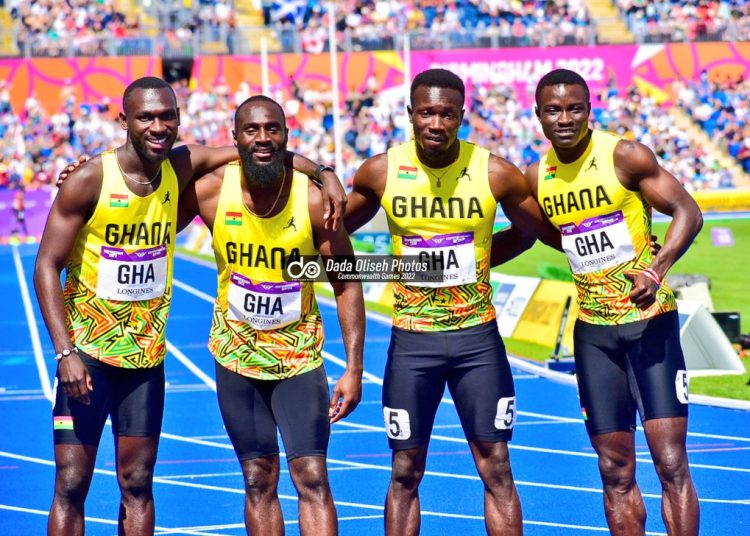 The men’s 4x100m team have been disqualified from the finals despite finishing third with a time of 39.05s.

They finished the race behind Nigeria and Kenya.

Sean Safo-Antwi started the race, handed it over to Benjamin Azamati who passed it on to Joseph Paul Amoah’s replacement in the team Barnabas Aggerh. University of Ghana student, Abdul Rasheed Saminu finished the race to give Ghana a place in the final.

According to reports from Birmingham, the organisers disqualified Ghana because they did not list Abdul-Rasheed Saminu as the anchor leg runner.

Team Ghana initially listed Joseph Paul Amoah but the Ghana Athletics Association opted to replace him with Barnabas Aggerh because the Joe Paul will compete later tonight in the men’s 200m finals.

According to the competition rules:

The composition of a team and the order of running for a relay shall be officially declared no later than one hour before the published first call time(the time by which the athlete must be present in the call room) for the first heat of each round of the competition. Further alterations must be verified by a medical officer appointed by the organisers and may be made only until the final call time.(the time at which the athletes are listed to depart the call room) for the particular heat in which the team is competing.

The team shall compete as named and in the declared order.

If a team does not follow this rule, it shall be disqualified.