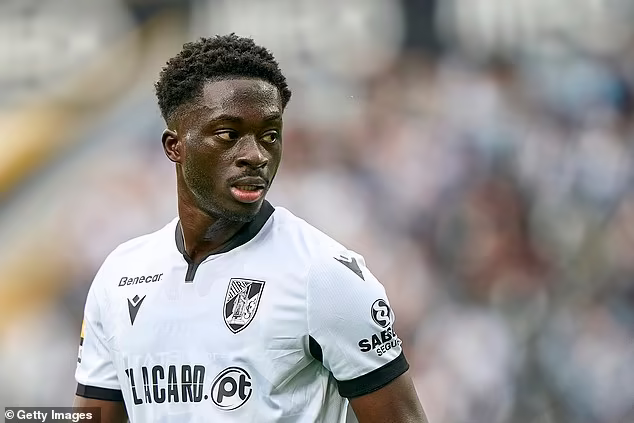 Ghana Defender Khalid Abdul Mumin Suleman is on the verge of joining Ligue 1 side Angers after the French side agreed to meet the 4 Million Euro asking price for the Ghanaian from Portuguese side Vitoria Guimaraes.

According to French media outlet, L’Equipe, Guimaraes’ met the four million euro valuation of the 24 year 6 foot 2 inch Center Back and the deal looks set to be wrapped up in the coming days.

24-year old Mumin is in line to be the third player on the defensive end signed by Angers this offseason after signing Miha Blazic and Cedric Hountondji from Ferencvaros and Clermont respectively.

After moving from Right to Dream Academy, Mumin played for Danish side Nordsjaelland before securing a four year deal with Vitoria. His deal is expected to end at the end of the 2023-2024 Season.

Mumin has featured four times for Vitoria this season and is on the Black Stars radar for the 2022 World Cup in Qatar.