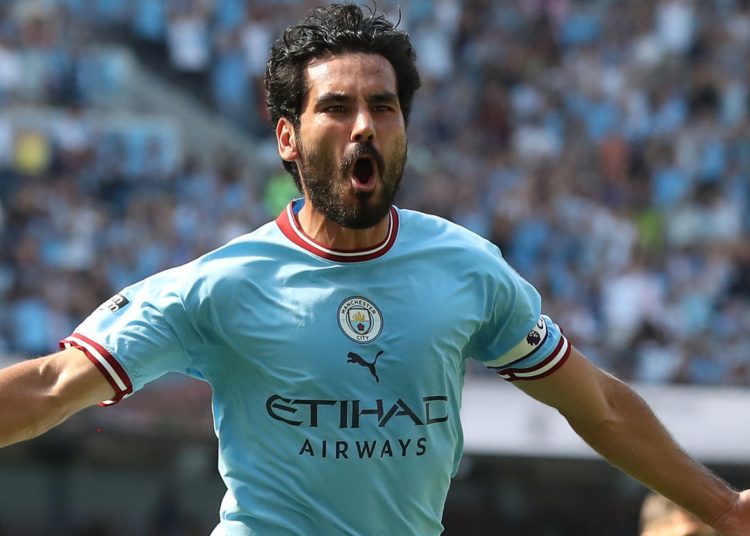 Erling Haaland could not mark his home debut for Manchester City with another goal, but it made no difference for Pep Guardiola’s side who still swept Bournemouth aside with ease.

Haaland, who scored twice on his Premier League bow at West Ham last weekend, took 18 minutes to take his first touch but used it to set up Ilkay Gundogan for City’s opener.

City had been dominating the game since the start, and it did not take long for more goals to follow.

The impressive Kevin de Bruyne made it 2-0 with a dazzling solo strike, running to the corner of the area before bending the ball into the bottom corner with the outside of his boot.

And Phil Foden made sure of the points before half-time, running on to a De Bruyne pass and letting fly with a shot that Cherries keeper Mark Travers got his body behind but could not keep out.

Bournemouth spent most of their time defending in a compact 5-4-1 formation, and only forced Ederson into action once, through a Ben Pearson snap-shot from the edge of the area.

They never looked remotely capable of staging a comeback in the second half, which had turned into a stroll in the Manchester sunshine for the home side long before Jefferson Lerma’s own goal made it 4-0.

Lerma was trying to stop Joao Cancelo’s low cross from reaching substitute Bernardo Silva, but only succeeded in sending the ball spinning past Travers to complete an afternoon to forget for his team.