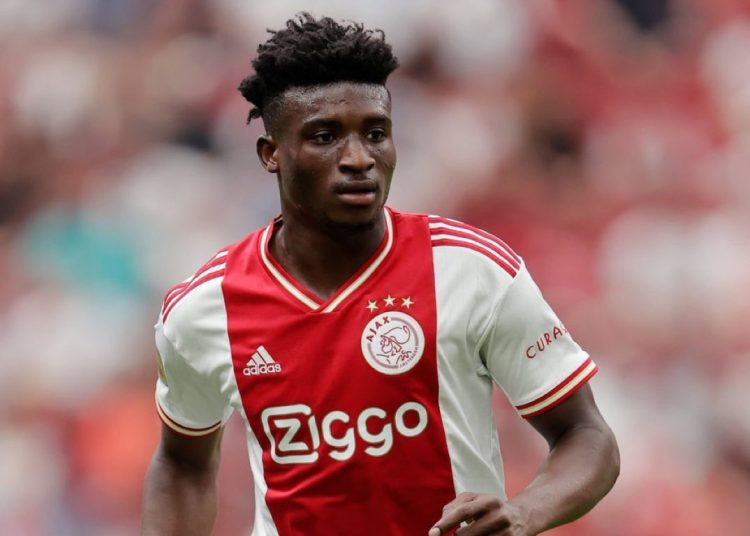 Everton are reportedly in advance talks to sign Ghana’s Mohammed Kudus on loan from Ajax Amsterdam.

– The Toffees are close to a breakthrough in their pursuit of the 22-year-old following negotiations on Friday. 💙

According to footballinsider247.com, the Toffees are close to completing a loan move for the 22-year-old Ghanaian attacker.

Despite a good preseason, the Ghana international has started Ajax’s opening two games this season off the bench and have indicated they are willing to let him go before the transfer window closes.

Kudus joined Ajax in the summer of 2020 and has now made 45 total appearances for the club with which he has bagged six goals in the process.