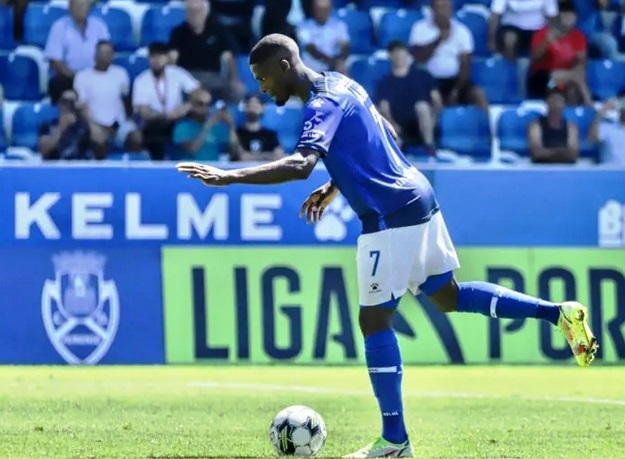 24-year-old Portuguese Striker Jardel (full name, Esmiraldo Sa Silva) has lit up the internet after videos emerged of him going through a spectacular routine when effecting penalty kicks in a league match.

Silva scored one of two penalty attempts in CD Feirense’s 1-1 draw against Leixoes Sporting Club in the Liga Portugal 2 in the last round of league games played.

The Guinea-Bissau born player scored the first penalty attempt in the 50th minute by standing directly over the ball with little back lift for 10 seconds before planting the ball to the left side of Leixoes Goalkeeper Quentin Beunardeau. (Click highlighted text to watch video)

Silva’s converted penalty tied the game after Joao Pedro Oliveira put Leixoes ahead in the 20th minute but Oliveira got sent off in the 55th minute.

Silva then had the chance to give Feirense a 2-1 lead late on in the game and went through the same eye catching routine only this time, his attempt was saved by Goalkeeper Beunardeau.