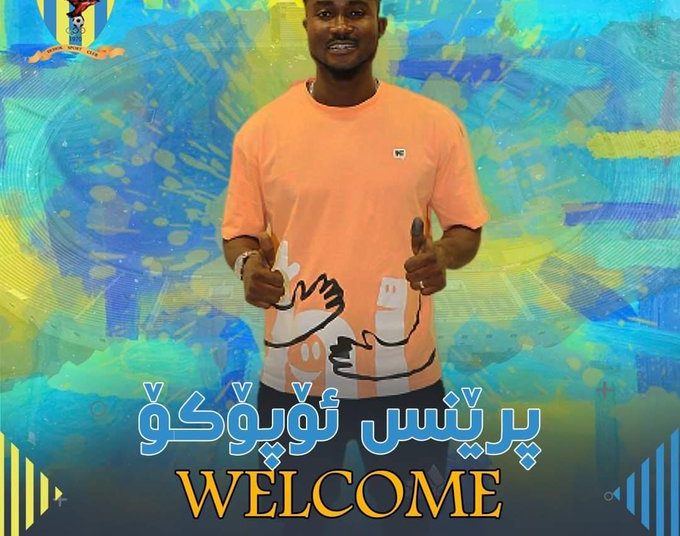 The 30-year-old striker signed the deal to compete for Duhok recently after completing his move from Bibiani Gold Stars.

Agyemang played 25 games in the 2021-2022 Ghana League season, with 15 of those appearances coming in a Gold Stars jersey after joining the team mid-season from Medeama SC.

He scored six goals in the season, with all six strikes being scored after switching teams; his contribution aided the Western North-based team to avoid relegation in its debut run in the league.

By joining Duhok, Opoku Agyemang links up with former Accra Hearts of Oak defender, Nuru Suley who joined the team at the end of the 2021-2022 season.

Aside from the Ghanaian duo, Ivorian Yannick Zakri is the only non-Iraqi member of the team that aims to gain promotion to the Iraqi Premier League.

Opoku Agyemang’s best run in the Ghana Premier League was in the 2019-2020 season, in which he scored 11 goals in 14 games for Medeama.