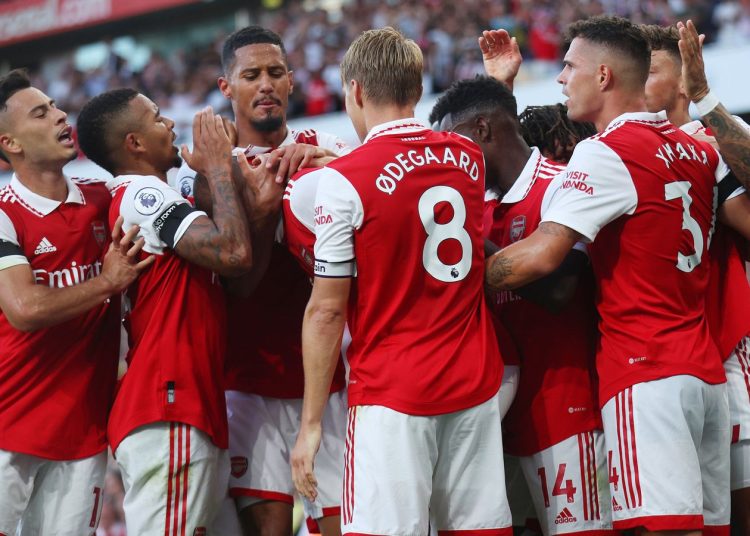 Gabriel Magalhaes atoned for an earlier error by scoring a late winner as Arsenal came from behind to beat Fulham 2-1 and maintain their 100 per cent start to the season.

The Arsenal centre-back was caught on the ball on the edge of his own box for Fulham’s opener, his mistake allowing Aleksandar Mitrovic to put the visitors in front against the run of play (56).

But after Martin Odegaard had pulled the Gunners level with a deflected strike from Bukayo Saka’s pass (64), Gabriel poked home from a few yards out when former Arsenal goalkeeper Bernd Leno failed to claim a corner (85).

Fulham had shown impressive resolve up until then, with Leno making a string of saves to deny his former side as the hosts dominated, but Arsenal’s pressure eventually told at a jubilant Emirates Stadium, Gabriel’s strike sending them back to the top of the Premier League.
Source: Sky Sports
ShareTweetSend
Previous Post