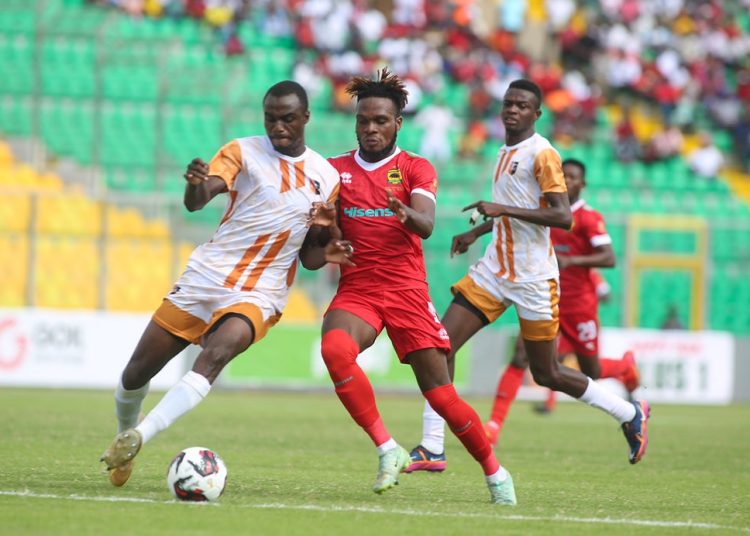 Kumasi Asante Kotoko’s African adventure is over at the first hurdle after a 2nd leg defeat to RC Kadiogo of Burkina Faso in the first round of the CAF Champions League.

Kotoko headed into the 2nd Leg in Kumasi after a slim 1-0 win in Benin against the Burkinabe side.

Kotoko conceded a 15th minute free kick and did very little to get back in the game. Chances were few and far between for the Porcupine Warriors who needed just one goal to set up a clash against Congolese side AS Vita.

As the game wore on and penalties approached it seemed the die was cast as Kotoko are yet to win a penalty shootout in Africa’s club competitions , it once again proved to be the case as Kotoko lost 3-1 in a carbon copy of the clash between the two sides in 1979.