Quickest red card in Ligue One history: Todibo sent off after nine seconds 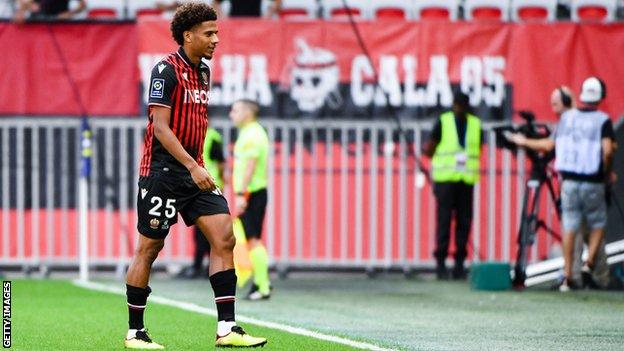 Ex-Barcelona centre-half Todibo was adjudged to be the last man for a trip and was immediately dismissed.

Former Tottenham midfielder Nabil Bentaleb scored the winning goal for Angers in the first half.

Englishman Ross Barkley appeared for the hosts in the second half, but Wales international Aaron Ramsey missed out through injury.