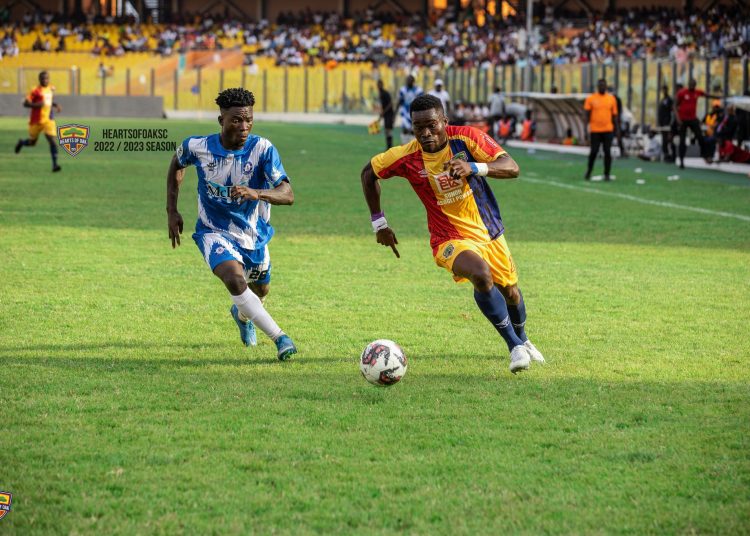 In Match Week Two of the betPawa Premier League, Accra Hearts of Oak and Accra Great Olympics played out a 1-1 stalemate at the Accra Sports Stadium on Sunday.

Hearts of Oak were looking to record a first win in five meetings against the Dade Boys.

Olympics took the lead through Abdul Razak Yussif after an error from the Hearts of Oak defence before new signing Konadu Yiadom, in the 88th minute, rescued a point for the Phobians.

The draw means Samuel Boadu’s side are winless in their first two games of the season.

Medeama SC came from behind to record a 3-2 win over Real Tamale United.

The hosts took the lead just before the first-half via Kwasi Donsu, but two quick goals from RTU (in the 51st and 58th mins) from Issah Kuka turned the game in RTU’s favour.

But Kofi Asmah leveled for the hosts in the 74th minute before Kwasi Donsu scored his second goal of the game in the 89th minute to snatch all 3 points for Medeama.

In Sunday’s other game, Legon Cities recorded a 1-0 win over Tamale City away from home to secure their first win of the season.

A late goal in the 77th minute from Ahmed Rahman handed Legon Cities all 3 points.

Dreams FC continued their impressive start to the season after securing a 1-0 win over newly-promoted Kotoku Royals in Dawu.

A goal from Ali Huzaf in the 71st minute was enough to give Ignatius Osei-Fosu’s men their second win of the season.

In the day’s other game, Accra Lions beat Karela United 2-1 at home while Nsoatreman secured their first ever top-flight win against Bibiani Gold Stars on Friday.

Later on Monday, King Faisal will host Aduana Stars in Kumasi, while Samartex take on Berekum Chelsea in the remaining fixtures for Match Week Two.