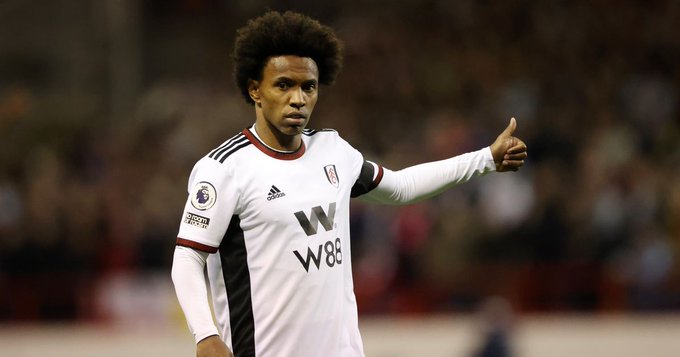 This is a statistic worth noting for a player who wanted to stay at Stamford Bridge in 2020 after seven seasons.

However, he left for Arsenal after failing to reach an agreement with the club for a three-year deal as he was only offered a further two years.

The 34-year-old has one assist for the Craven Cottage team since he returned to England from the Brazilian League.

Willian whipped in a corner for centre back, Tosin Adarabioyo to plant his header straight into the bottom left corner in Fulham’s first goal in a 3-2 win at Nottingham Forest last Friday.

Chelsea’s Mount, Pulisic, Havertz, and Ziyech are yet to make a single assist in the league.

Mount has 396 minutes under his belt, and Pulisic has recorded 160minutes.

Ziyech has been on the pitch for 117 minutes in league matches this season.

Willian’s ninety-nine (99) minutes means he has also played fewer minutes than all of them.