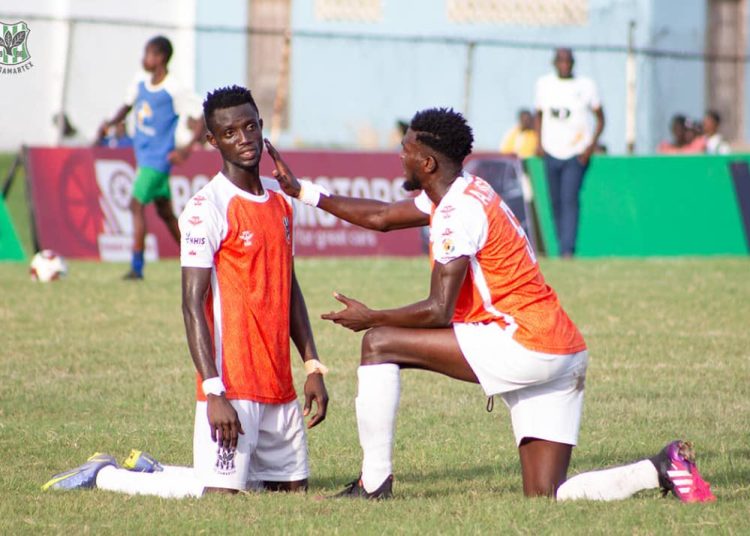 Samartex 1996 Football Club defender, James Sewornu, has taken to his official Twitter page to express his disappointment over his team’s inability to pick up its maiden win in the betPawa Ghana Premier League.

He made this statement on the back of Samartex’s 2-2 result against Aduana Stars in Dormaa Ahenkro in Game Week 3 of the 2022-2023 season.

His disappointment with the result stemmed from how his team threw away a two-goal first half lead via goals from Emmanuel Keyekeh and Abubakari Seidu. Sam Adams and Kwame Frimpong got Aduana fought back to level with goals in the 54th and 79th minutes respectively and the turn of events left Sewornu feeling frustrated.

Samartex goal keeper Richard Baidoo did save Bright Adjei’s penalty marking the second away game the shot stopper has saved a penalty after denying David Abagna in the same fashion against Real Tamale United.

“We could have done better to secure our first win but it didn’t go as planned, we’ll do better next time.”

Samartex are yet to register a win to their name this season after they drew goalless against Real Tamale United in Tamale in Week 1 and 1-1 with Berekum Chelsea at its adopted home venue at the Akoon Park in Tarkwa.

They face Great Olympics, Asante Kotoko, and Bibiani Gold Stars in their next three matches in the BetPawa Ghana Premier League.