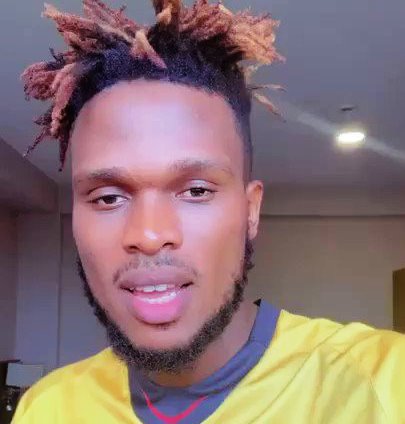 Under-fire Kumasi Asante Kotoko forward, Steven Mukwala, is optimistic his jerky start to life with the Porcupine Warriors will soon give way to a better run in the team.

He said this via a Twitter post he put up after bagging his debut assist for Kotoko that came in a 2-1 win over Nsoatreman Football Club.

Former URA player Mukwala has come under a ton of pressure over his wastefulness in front of goal as he strives to replicate the production of recently departed Cameroonian striker Franck Etouga Mbella who scored 21 league goals last season.

Mukwala played in Isaac Oppong in the 47th minute who slotted the ball into the net to give Kotoko a 2-0 lead that eventually became a 2-1 result after Kotoko conceded a Prince Oppong goal three minutes later.

After the match, he took to Twitter to share his thoughts on the match and asked more support from the fans.

“The agony of giving it your all. To those who believe in the process, keep the Faith. We shall get there. Three points in front of amazing fans.”

The agony of giving it your all. To those who believe in the process, keep the Faith. We shall get there🙏. Three points infront of amazing fans ❤️ #M9 #Porcupine Warriors💪 #AKSC #FabuCensus pic.twitter.com/Lh4b49rouG

The win is the reigning betPawa Ghana Premier League champions’ first win of the 2022-2023 league season after drawing 1-1 with arch rival Accra Hearts of Oak. They have one more outstanding match to play due to their exertions in the CAF Champions League preliminary rounds.