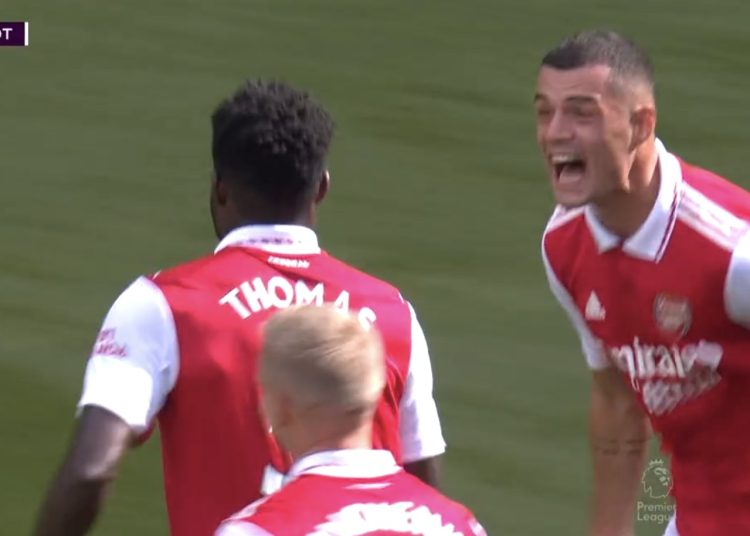 Prior to kick-off in the North London derby,  Arsenal fans were relieved to see Thomas Partey’s name in the starting lineup to face Tottenham.

20 minutes into the game, Partey showed exactly why the Gunners’ fans why they were right to be pleased with his inclusion.

The Black Stars midfielder capped off a great 22-pass move by Arsenal, sweeping a pass from Ben White into the top corner effortlessly.

The Ghanaian missed the Black Stars’ two friendly games against Brazil and Nicaragua through injury but has looked fresh in the first half for Arsenal.

Spurs eventually managed to find an equaliser through Harry Kane’s penalty but Partey’s strike was undoubtedly the headline-stealer in that first half.

Partey puts the Gunners ahead 🔥