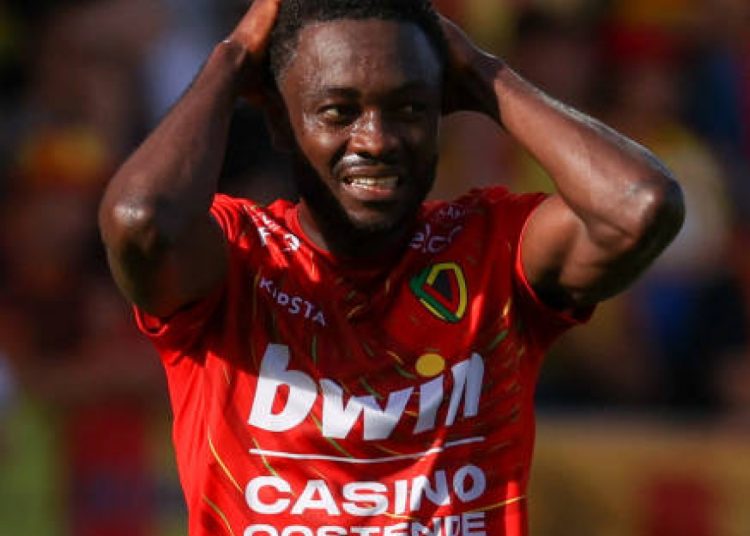 Ghana winger, David Atanga, got dismissed from a game for the first time in his professional career following the resumption of club football in Europe after the international break.

Atanga was shown a straight red card in the 96th minute in KV Oostende’s 1-2 loss to KRC Genk in the Belgian Jupiler Pro league. He was subbed into the game in the 78th minute.

Since turning pro in the 2014-2015 season, Atanga has played 187 games, scored 31 goals and registered 32 assists while receiving 22 yellow cards but no red cards until it happened over the weekend.

Atanga has three goals and an assist in 10 appearances this season.

Oostende ranks 13th while Genk ranks second in the 18 team league standings and they climbed to the position without injured Ghanaian play maker Joseph Paintsil.

Paintsil is dealing with a hamstring injury that forced him out of a 2-1 win over Union Saint-Gilloise after 37 minutes and his return date remains unknown.

The winger has been a bright spot for Genk scoring four goals and providing two assists in eight league games.