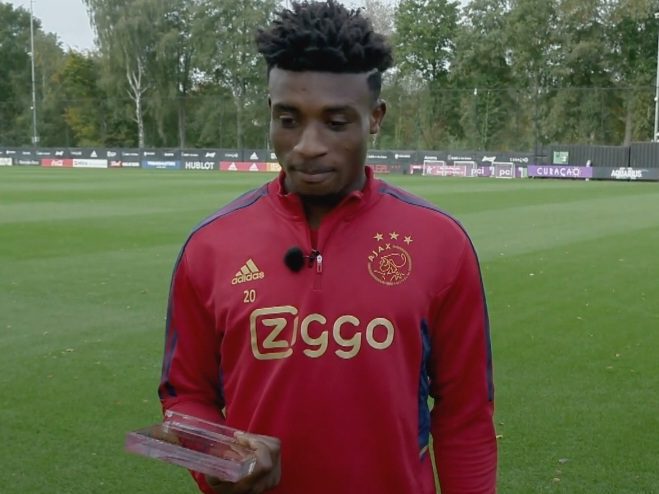 Ghana midfielder, Mohammed Kudus has won Ajax goal of the month for September for his sensational strike against Liverpool in the Uefa Champions League.

Kudus scored the equaliser for Ajax in that group game on September 13, before Liverpool eventually won the game 2-1.

Liverpool boss Jurgen Klopp after the game in an interview with BT Sport described the goal as ‘incredible’.

Kudus received the Lasse Schöne prize ahead of Wednesday’s trip to Napoli in the Champions League.

'One hell of a strike'#GoalOfTheMonth ➦ Kudus 🚀

The 22-year old says winning the award will motivate him to keep helping the team.

“It feels good to win the award and it will motivate me to keep doing my best for the team. He said”

Kudus also described the goal as “a hell of a strike”.

The goal against Liverpool was Kudus’ fifth goal in his last four games for Ajax.