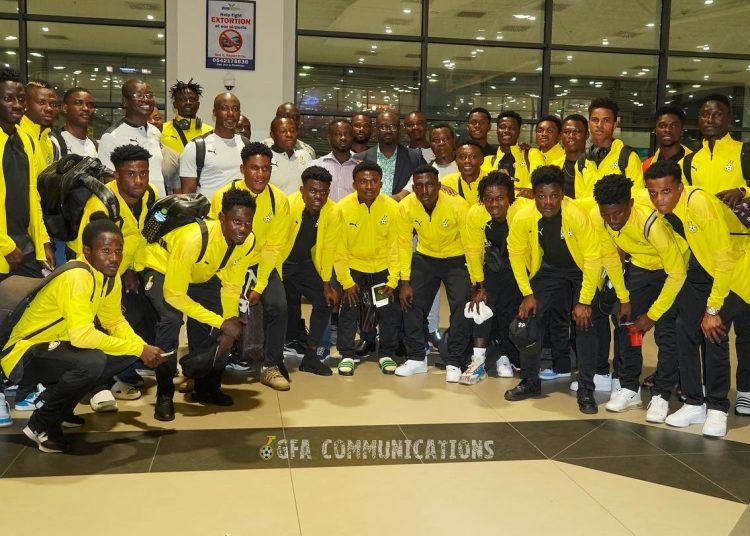 Ghana’s Black Meteors have left the country for Mozambique ahead of the first leg of their CAF U-23 Championship qualifier.

The Meteors will take on their hosts at the Estadio Nacional do Zimpeto on Sunday, 23rd October, 2022.

23 players, officials and technical staff left Accra on Thursday and are expected to arrive in Maputo on Friday via Johannesburg.

The second leg of the tie will be played at the Baba Yara Stadium a week after the first leg on October 30.

They were seen off at the airport by GFA President, Kurt Okraku.