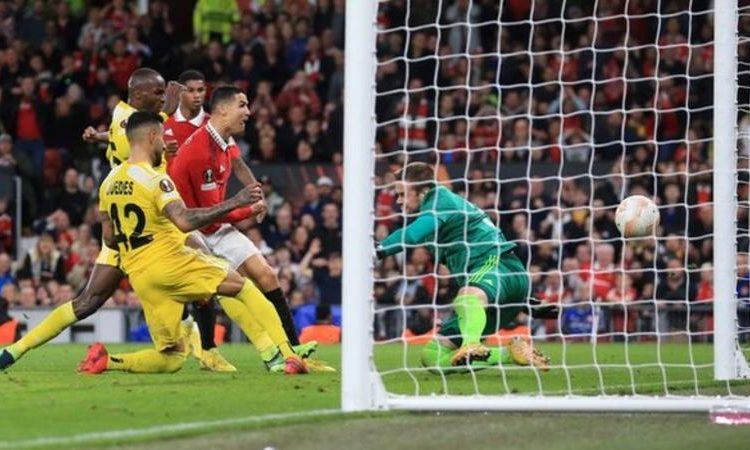 Cristiano Ronaldo marked his return to the Manchester United fold with his 701st career goal to seal a comfortable Europa League win over Sheriff Tiraspol at Old Trafford.

Dropped for last weekend’s trip to Chelsea as punishment for refusing to come on as a substitute against Tottenham eight days ago, it seemed as though Ronaldo was destined not to score after being handed a starting role by manager Erik ten Hag.

But with nine minutes left, the Portuguese great got his head to a Bruno Fernandes cross. Sheriff keeper Maxym Koval made a low save but as the ball spilled loose, Ronaldo pounced to complete United’s biggest win of the season and extend their unbeaten run to seven matches in all competitions.

It was a positive end to a difficult week for the five-time Balon D’Or winner.

And for United, it set up a Europa League group decider with Real Sociedad in Spain next week, when the Premier League side must avenge their defeat on matchday one in order to top the group and avoid a play-off that could pit them against European heavyweights Barcelona, Juventus or Atletico Madrid.

Diogo Dalot put the hosts on their way to victory with a near-post header from Christian Eriksen’s corner a minute before the break. 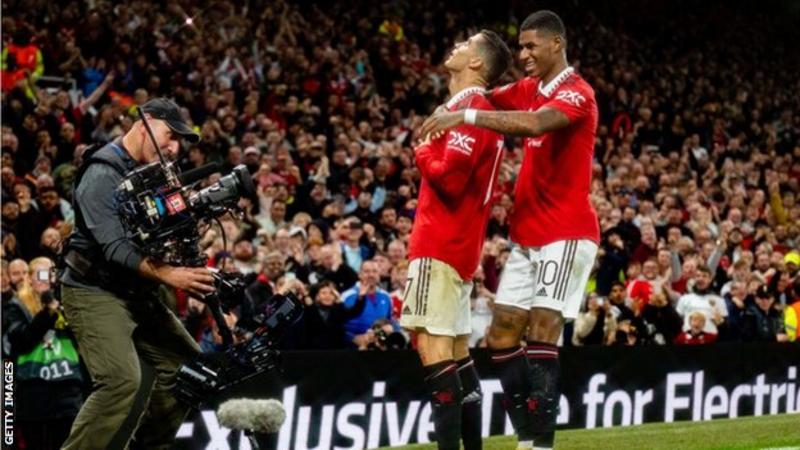 Ronaldo’s goal brought jubilation, even though the game was won. And the noise that came from the tunnel area as he made his way to the dressing rooms at the final whistle was very much a positive one.

It is almost two decades since Ronaldo first brought Old Trafford to its feet.

Now it is the turn of another 18-year-old to begin the process of developing from talented teenager to world class performer.

Alejandro Garnacho’s full debut was a proud moment for his family, who were in their seats in the directors box when the winger came out for the warm-up.

Madrid-born but called up by the full Argentina squad, Garnacho grew in confidence as the game went on.