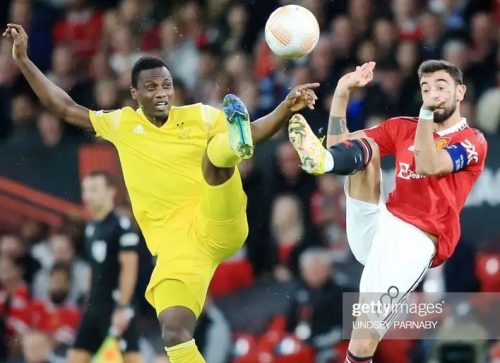 The 25-year-old, who is on loan from Kumasi Asante Kotoko till December 31, 2022, played out Sheriff Tiraspol’s 0-3 loss to Manchester United at the famous venue.

The Match Day 5 result in the group stage of the UEFA Europa League keeps Sheriff third in Group E with three points.

Mudasiru played out the entire duration of the game with fellow Ghanaian Patrick Kpozo as goals from Diogo Dalot, Marcus Rashford and Cristiano Ronaldo sealed the Moldovan club’s fate.

Featuring in the 0-3 loss marked Mudasiru’s involvement in all five Europa League games played this season; the loss also marked the second game in a row Mudasiru has started for Sheriff. 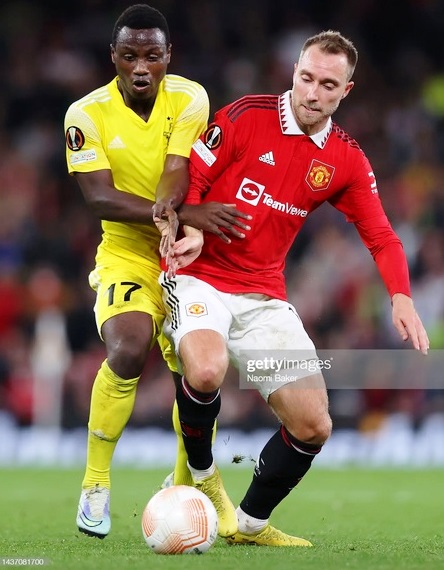 Reacting to his feature at one of the most iconic grounds in world football, Mudasiru stated on Twitter, “As a young boy from Jinja, my dream to play at old Trafford has come true”.

As a young boy from Jinja,my dream to play at old Trafford has come true 🙏 🤲 pic.twitter.com/gTGNcxYXMc

Mudasiru’s future is still up in the air as official word on his contract is yet to be announced.