Timo Werner will miss the 2022 World Cup in Qatar with Germany after sustaining an ankle injury in RB Leipzig’s win over Shakhtar Donetsk.

WHAT HAPPENED? Werner limped off injury early on in RB Leipzig’s 4-0 win over Shakhar Donetsk in the Champions League on Wednesday with an ankle problem. Club side RB Leipzig have now confirmed he will miss the World Cup.

“Timo Werner suffered an ankle injury last night in the win over Shakhtar Donetsk,” read a club statement. “Scans today in Leipzig showed that he has unfortunately torn the syndesmosis ligament in his left ankle and will therefore be out for the rest of 2022.”

THE BIGGER PICTURE: Werner has 24 goals in 55 outings for Germany, and manager Hansi Flick has already made it clear how important the striker’s loss will be to his team. He said, “It’s very sad news. I feel really sorry for Timo that he will miss a World Cup that he was determined to play at. Above all though, his absence is a big loss for the team. We all wish him a speedy recovery!” 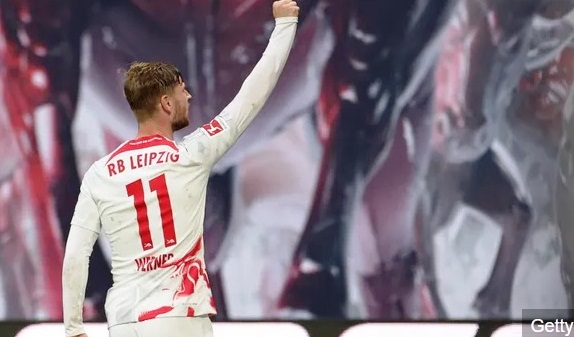 Flick does have plenty of other attacking options he can look to use in Qatar, with players such as Kai Havertz, Thomas Muller, Serge Gnabry, and Leroy Sane all vying for a spot in Germany’s attack.

WHAT NEXT FOR GERMANY? Flick’s side are due to play a friendly on November 16 against Oman. Germany’s first game of the World Cup is against Japan on November 23.

I do my best in the number 10 position- Kudus Mohammed