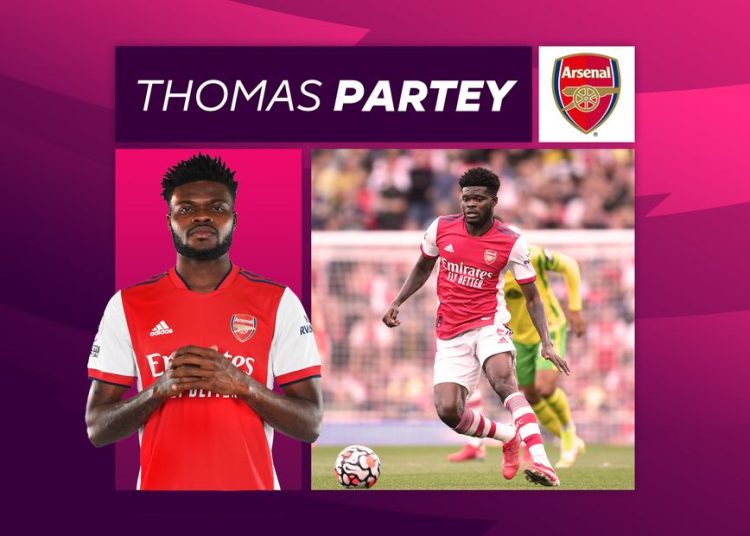 Arsenal has had an explosive start to the season, winning 11 of their first 13 games in the Premier League. Mikel Arteta’s side are now just a win away from surpassing the club’s best ever start to a league season – set under Arsene Wenger in 2007/08 season, with 11 wins from their opening 14 games, drawing the other three.

Citi Sports reporter, Daniel Koranteng, linked up with the editor for renowned Arsenal centered website, sportbible.com/afcstuff, Evan Lloyd, to discuss Arsenal’s title chances, Thomas Partey and the effect of the Qatar World Cup on the club.

Question: What are your thoughts on Arsenal’s early season form so far, and have you been surprised by the side?

Answer: Going into the season, I think most Arsenal fans expected a significant improvement from last season. Much of our trouble last season came in the final third and we had added top talent, in Gabriel Jesus, in that area. It is the consistency that has surprised me. It is very evident that this Arsenal squad have undergone a serious mentality shift. Mikel Arteta’s team are not only winning, but controlling and dominating nearly every game they play.

They deal with set-backs brilliantly, they have the ability to hold out when under the cosh, they can carve open deep blocks and even more qualities are becoming clear every week. It is not a surprise that Arsenal have improved this season, but the level of improvement is remarkable.

Question: Do you think this start will change the club’s targets/ambitions for the season?

Answer: Privately, I would imagine the club still are focused on making sure top four is secured. However, if Arsenal are in a position where a League title is feasible in January, they simply must invest and go for it.

In the squad, setting end of season targets are likely the last thing Mikel Arteta wants to communicate to his players. The Spaniard will want to keep his players grounded and make sure they take each game as it comes. Continuing their momentum will bring success and it’s important this is the focus.

Question: How important has the summer transfer business been to the team’s great form this season?

Answer: Hugely. Gabriel Jesus alone has transformed Arsenal’s front-line. Although his finishing has lacked conviction at times, he should have more for his chances, it is his other assets which have made all the difference.

Jesus is among the most intense pressers in the league and has not given opposition defenders and midfielders a moment. He has racked up five League assists and has created 17 chances, highlighting his impact in Arsenal’s attack.

Oleksandr Zinchenko has suffered injuries for much of the season but has undoubtedly made an impact in the dressing room. Both Zinchenko and Jesus have arrived from a winning dressing room and will be sharing those experiences with their new teammates.

When he has been on the pitch, Zinchenko has brought composure, technical quality and tactical flexibility to Mikel Arteta’s team.

If keeping William Saliba is part of Arsenal’s summer business, then it is a huge part also. The French-man had been absolutely imperious for Arsenal, it would be hard to argue against him being the League’s best centre-back so far this season.

Arsenal must tie him down on a new contract now, for their next important piece of business.

Question: Thomas Partey’s form has not only been a huge encouragement to Arsenal fans, but Ghanaians here as well, considering the fast approaching World Cup. How important is he to Arsenal’s success this season?

Answer: Thomas Partey is Arsenal’s least replaceable player. An injury to him would be a hammer blow to Arsenal’s season. There is no like-for-like replacement for him in the squad and for the most part, that is simply because there are just not many players with Partey’s skill-set.

It is incredibly telling, that Arsenal’s only League loss this season came in a game Partey missed. In that game against Manchester United, Ten Hag’s side sought to catch Arsenal on the break and did so, with the Gunner’s greatest protection against transitions out.

With no offence intended against Ghana, most Arsenal fans not supporting the Black Stars will be hoping for an early exit to reduce the chance of an injury to Partey.

Question: That last part has got me laughing, but it definitely indicates that he’s rated by the fan base. How is Partey viewed by Arsenal fans in the UK?

Answer: Most of the questions posed against Partey since his arrival in 2020, have been against his fitness. There is no doubting his quality.

Arsenal’s record with and without the midfielder says everything about the Ghanaian’s world class ability and Arsenal fans will be hoping he can avoid injury.

Question: Considering Partey’s importance coupled with his injury record, should Arsenal bring in another midfielder during the January window?

Answer: As mentioned before, finding a replacement is a very tricky task but it should undoubtedly be the top priority in January.

Mohamed Elneny can step in but has struggled with injury issues of his own, and Albert Lokonga is not quite ready yet. If Arsenal could recruit a midfielder capable of replicating, to some degree, Partey’s presence in midfield, they would have a very good chance of success in the second half of the season.

Links to Danilo, a midfielder for Palmeiras, have been frequent. While the player is young, it is encouraging to see Arsenal identifying players in Partey’s position.

Question: Arsenal are currently on their best run under Mikel Arteta, and just a win away from equalling their best ever start to a league season. Don’t you think the timing of the World Cup would affect that momentum?

Answer: It’s very difficult to say. The first response would be to point to Arsenal’s momentum. The World Cup will stop the squad’s momentum in its tracks, and they will have to work to gain that back when they return.

However, there’s also certainly a case for the World Cup benefitting some players. Despite Arsenal’s incredible form, it is likely they have very few players who will play regularly in Qatar.

Matt Turner, Granit Xhaka, Thomas Partey and Bukayo Saka are surely starters for their nations. However, looking past that, there are not many more certainties. Saliba might start for France, Ramsdale will likely not, Ben White may or may not go, Martinelli and Jesus will likely spend much of the time on the bench.

Players such as Martin Odegaard, Oleksandr Zinchenko and Gabriel Magalhaes will not travel to Qatar and will benefit from a rest from such an intense start to the season.

A mid-season World Cup is completely unprecedented and there is truly no way to know what effect it will have, but hopefully Arsenal should be well placed.

Question: What will you deem a successful season for Arsenal?

Answer: Progression is key. Arsenal must qualify for the Champions League in the first instance.

Going far, and possibly winning, the Europa League would be a massive positive for the season too.

What we must acknowledge and support, is the constant progression of this team. Targets and expectations will understandably change throughout the season, but we must stay concentrated on the present improvement of this squad. If we do that, success will only follow.

Thomas Partey is expected to headline the Ghana squad going into the FIFA World Cup in Qatar. Ghana’s first game at the competition will be against Portugal on November 24.

Qatar 2022: No fan will be flown to the World Cup with government funds- Mustapha Ussif

Qatar 2022: No fan will be flown to the World Cup with government funds- Mustapha Ussif