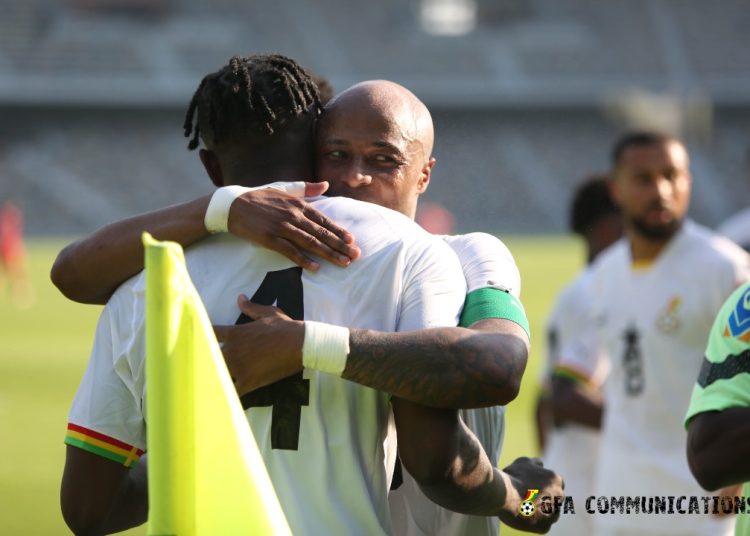 The Black Stars ran out 2-0 winners against the Swiss national team in a pre-World Cup friendly. Here is how each player fared.

Did everything he was asked in the Black Stars goal and was equal to the few half chances he had to face. Solid outing from the St. Gallen man.

The Brighton full-back offered decent width on the right-hand side, his final ball was lacking. On the defensive end, he held his own.

He was solid when called upon, put no foot wrong all game. A mature performance.

Baba complemented Lamptey perfectly on the left side, he was neat and tidy in possession whilst keeping things solid defensively.

A solid yet unspectacular debut for the Lens anchor man, he kept things ticking and kept the ball moving smoothly.

The Hearts winger looked lively on the ball and deserved to win a first-half penalty.

Marked Xhaka out of the game but offered little in the final third, a disciplined tactical performance from the Black Stars captain.

Made good runs but seemed on a different wavelength to his teammates, his willingness to run continually stretched the play

Offered control and creativity after he came on. His corner led to the opener

Helped see out the game with minimal fuss

Scored the second goal. Aside that, held the ball up well and was a nightmare for the Swiss defence with his physicality.

Did not put a foot wrong in his brief cameo