2022 World Cup: Nana Addo arrives in Qatar to cheer Black Stars on ahead of Portugal game 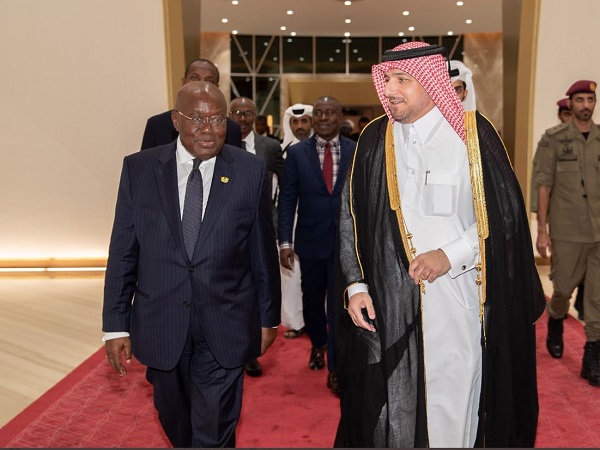 The President of the Republic of Ghana, Nana Akufo-Addo has arrived in Doha, Qatar, ahead of Ghana’s Group H opener against Portugal.

Akufo-Addo who flew commercial via Qatar Airways arrived in the early hours of Thursday, November 24, 2022.

According to Citi Sports sources, he is yet to meet the team but is expected to have a word with them before they depart the Double Tree by Hilton Hotel in Doha.

Ghana will also come up against South Korea before they face Uruguay in December.

The Black Stars will be hoping to do better than they did in South Africa in 2010, where the team was eliminated in the quarter-finals by Uruguay.

The last time Ghana were at the World Cup, they were eliminated at the Group stage in the 2014 edition in Brazil.