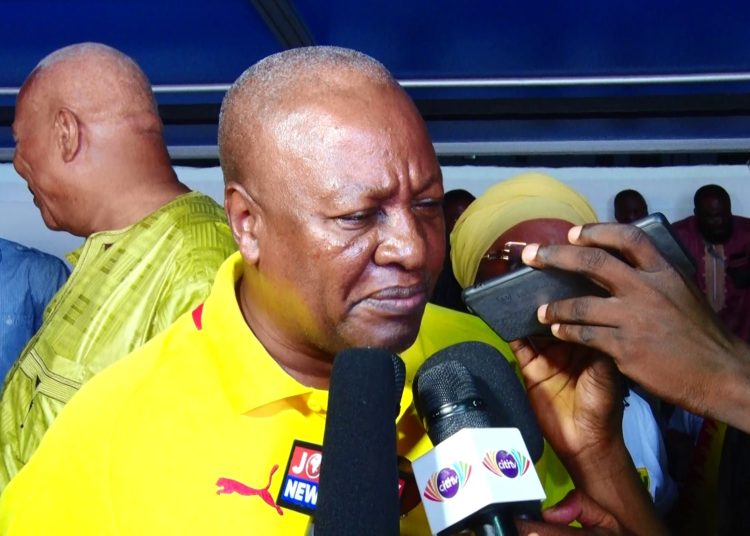 Former Ghana president, John Dramani Mahama, has drawn a lot of positives from the Black Stars’ 3-2 loss to Portugal at the World Cup on Thursday in their Group H encounter.

Despite goals from Andre Ayew and Osman Bukari scored for Ghana, Cristiano Ronaldo, Joao Felix, and Raphael Leao were on target for the Portuguese to overpower the Black Stars in the Group H encounter at Stadium 974 in Qatar.

Speaking at a public viewing organised at his office in Accra, H.E Mahama heaped a lot of praise on the senior national team after the game.

He told Citi Sports: “It was a great game and our boys played very well, they acquitted themselves very well. We had a very strong defense. In the beginning, the front was a bit weak but the coach made some changes and beefed up the front. You saw that it opened up the game and we put Portugal under pressure but um sometimes you win sometimes you lose”.

Ghana will next play South Korea on November 28, before facing Uruguay on December 2 in their final group match.

Mahama voiced his optimism about the chances of the Black Stars.

“But it gives me confidence that we’ll do well. We still have Uruguay and Korea to play and I’m sure, it takes Ghana sometime to settle, this first game has settled us. There is still hope.

Well, we’ve warmed ourselves into the competition and so we’ll see how it goes. They played well very confidently the boys have talent. So this is a Black Stars for the future, for now and for the future. So let’s give them all our support and um I’m sure they’ll go far. I’ve seen some new players in there who play fantastic football so we have great potential”