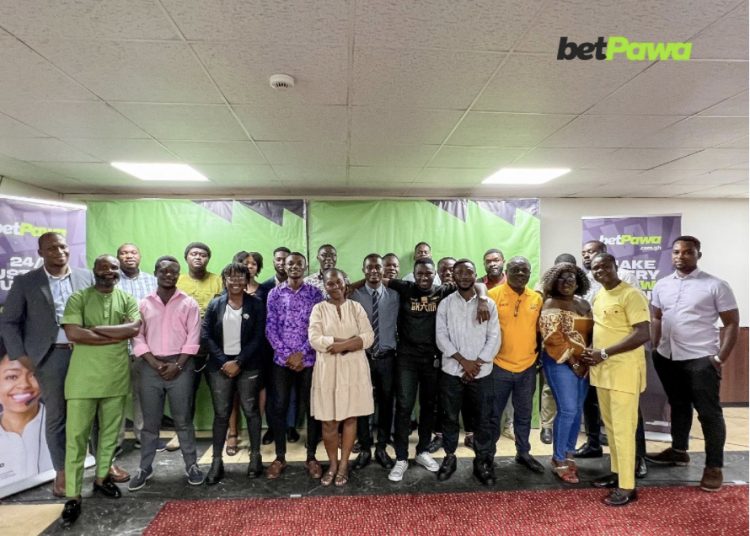 betPawa, in collaboration with notable sports media journalists and editors, held a media roundtable to discuss ways in which both stakeholders can come together to uplift football in Ghana and specifically, the betPawa Premier League.

During the media roundtable, betPawa reiterated that their investment in the betPawa Premier League is for the long haul to support and elevate the Ghana football community, the players, the clubs and the fans. Key media leaders also shared their ideas and insights to modernise the league through storytelling, impactful content and coverage.

Renowned sports journalist, Collins Atta Poku commented, “The betPawa Media Roundtable was a great experience and I’m optimistic that this will help. The media have a great responsibility in how we deliver news and stories about sports in this country and especially, football. We need to deliver stories of impact and showcase the league, our players and even the fans in the best way possible. The world is watching, and we need to own our stories and tell them passionately”.

betPawa are the official sponsors of the betPawa Premier League which is reviewable at the end of each season. betPawa have a presence across 10 countries on the continent, together with aspirational partnerships that empower the youth through sport and community-based initiatives.

Speaking at the event, betPawa’s Country Consultant, Jesse Agyepong commented, “betPawa believes that creating a world of possibilities together with our partners inches us closer to our collective dreams. For a business that specialises in football-related experiences, we will continue to care about the sport and deliver quality platforms and services to modernise the league. Our goal for the betPawa Premier League is to work with all stakeholders to become the best league in Africa!”

betPawa are sponsoring the betPawa Premier League to make a lasting difference in the sports and football industry. Their goal is to transform and modernise the league by ensuring it achieves the success it should always have and creating opportunities to change lives.

Speaking at the event, betPawa’s Head of PR and Sponsorship, Nii Armah further added, “We are happy to be partnering with the media to elevate Ghana’s BIGGEST sporting competition. The impact is bound to have a ripple effect through job creation, youth engagement, and contributing to the Ghanaian economy. In fact, in our view, the media and betPawa Premier League walk hand in hand.”

The betPawa Premier League is important to young players, and a chance to achieve their dreams of playing on the international stage. Although the clubs and players have faced numerous challenges throughout the years, betPawa want to ensure they are empowered; which will lead to a better league and bring renewed pride to it.

Key initiatives include the betPawa Locker Room Win Bonus and betPawa’s commitment  to transforming football in Ghana, including through the construction of the betPawa Football Arena in Prampram. The stadium that is under construction will become a FIFA Star Grade 1 surface with a 3,000-capacity stand, two changing rooms for teams and match officials, and storage and media rooms at the Ghanaman Soccer Centre for Excellence.

Juventus president Andrea Agnelli and rest of club’s board resign

Juventus president Andrea Agnelli and rest of club's board resign