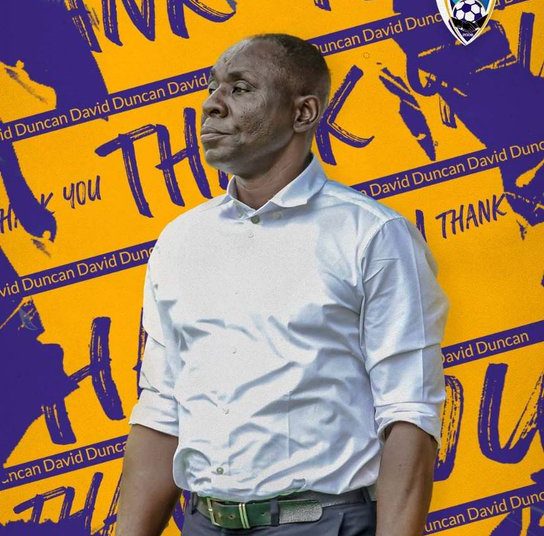 Ghana Premier League side, Medeama SC has announced the exit of David Duncan as Head Coach of the club.

The 59-year-old took charge of five league matches since he joined the club in September 2022 on a one-year deal.

The club’s first and only win under the Ex-Hearts and Kotoko coach was a 1-0 home win against Kotoku Royals which was followed by a draw against regional rivals, Karela United in the Betpawa Premier League.

The unimpressive run of results culminated in the Yellow and Mauves’ exit from the MTN FA Cup at the hands of Karela United at the Round of 64 stages.

“Circumstances mean both parties have reached an agreement to go separate ways after four months”.

“On behalf of everyone at Medeama SC, the Club would like to place on record its gratitude to David Duncan for his efforts during his time with the club and wish him well in his future endeavour.”

Deputy Coach, Umar Rabi is expected to take charge of the team on an interim basis until a substantive Head Coach is appointed.

Medeama will start life without David Duncan with a home match against Accra Lions on Matchday 10 of the Betpawa Premier League.