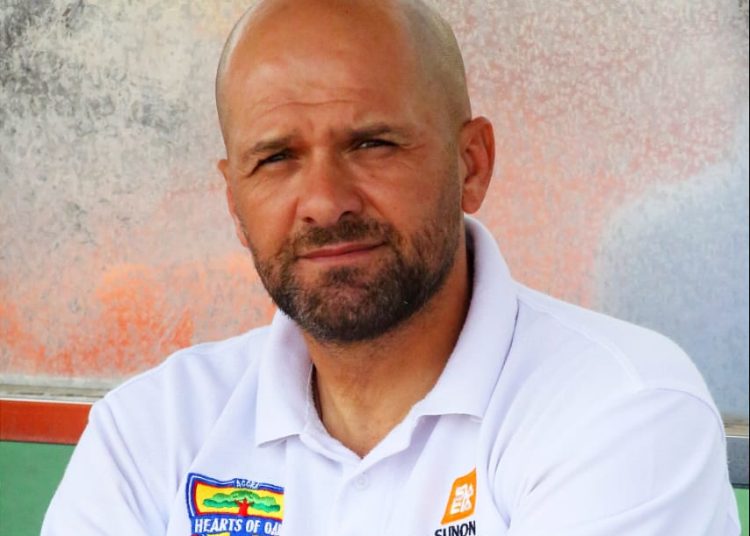 Accra Hearts of Oak head coach, Slavko Matic has praised his team’s spirit despite his side’s 2-1 loss to Bechem Utd on Monday.

The loss was Matic’s first as the Phobians’ boss since he was appointed last October.

Goals from Cephas Mantey and Hafiz Konkoni in the 7th and 12th minutes gave Bechem United a deserved 2-0 lead.

Hearts’ Enock Asubonteng and Bechem’s Joseph Kinful were both sent off late in the game.

Robert Addo Sowah pulled one back for Hearts in the 95th minute but United held on to claim all three points.

After the match, Matic told the club’s website that while he was disappointed in the loss, he was pleased with his players’ response to conceding two early goals.

“This isn’t the result the entire team wanted. We gave the first half to the opponent because we made some mistakes but I am satisfied because the players showed a good fighting spirit,” he said.

“They never gave up. They showed an attitude that is very good. Never give up.”

The win takes Bechem United to fourth in the Ghana Premier League, level on 16 points with Hearts of Oak.

EPL: Dogged Newcastle hold on to earn point at Arsenal