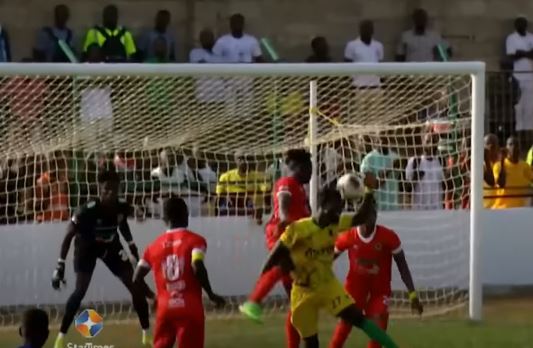 The Ghana Football Association (GFA) has announced that the game between Bibiani Gold Stars and Asante Kotoko will be reviewed by the Match Review Panel.

The clash, played at the Dun’s Park ended 1-1, with the home side earning a point courtesy of a controversial penalty.

A throw-in to Bibiani was headed on in the Kotoko box and appeared to strike the arm of a Gold Stars forward.

The referee, Franklyn Akumatey, however, pointed to the spot, awarding a penalty against Kotoko, whose bemused players immediately surrounded the official to voice their concerns.

Bibiani’s Yahaya Dramani scored the penalty to cancel out an earlier strike by Steven Mukwala, to claim an important 1-1 draw.

In a statement on Wednesday, the GFA said the “independent” Match Review Panel will review the game.

The statement added that while sanctions against officials who erred in matches in previous seasons were published, a decision has been taken not to publish them this season, although the punishments have been carried out.

“Since the commencement of the 2022/23 season, Review Panel decisions for complaints received and suo moto reviews have not been made public but sanctions have been carried out against the match officials concerned,” the statement said.

“It is also worth mentioning that reports from Match Commissioners and Referee Assessors also play a key role in reviewing matches in the three top competitions.”

Kotoko are currently in third place on 21 points, three behind league leaders Aduana.

Bibiani are a point behind Kotoko in fifth place.