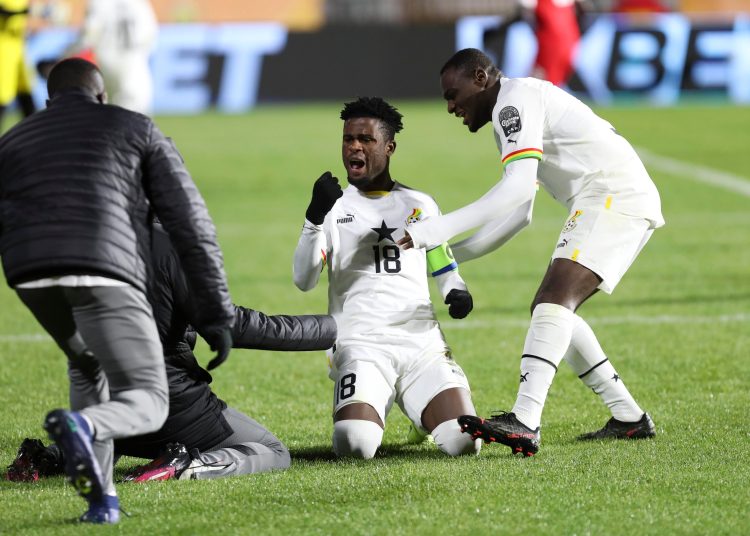 The Black Galaxies bounced back from defeat to Madagascar in their opening match of the 2022 African Nations Championship (CHAN), to record a 3-1 win over Sudan on Thursday evening.

Goals from Konadu Yiadom, Daniel Afriyie Barnieh and Seidu Suraj were enough as Ghana came from behind to win and keep their hopes of progressing to the next round alive.

Sudan opened the scoring after 31 minutes through Nooh Al Gozoli before Konadu Yiadom’s deflected shot leveled the game for Ghana just before half-time.

After recess, Afriyie Barnieh put Ghana in the lead for the first time in the game after he converted a spot kick.

Barnieh found the back of the net once again but his header was ruled out for offside by the VAR.

The 21-year however would not complete the game as he was shown a red card for a reckless tackle in the 97th minute.

Despite being a man-down, substitute, Seidu Suraj scored from close range late in added time to seal the win for Ghana.

The victory sees the Black Galaxies move up to second in Group C, with Madagascar in 1st place with 6 points.

Ghana must hope for a favourable result in the final Group C match between Madagascar and Sudan.