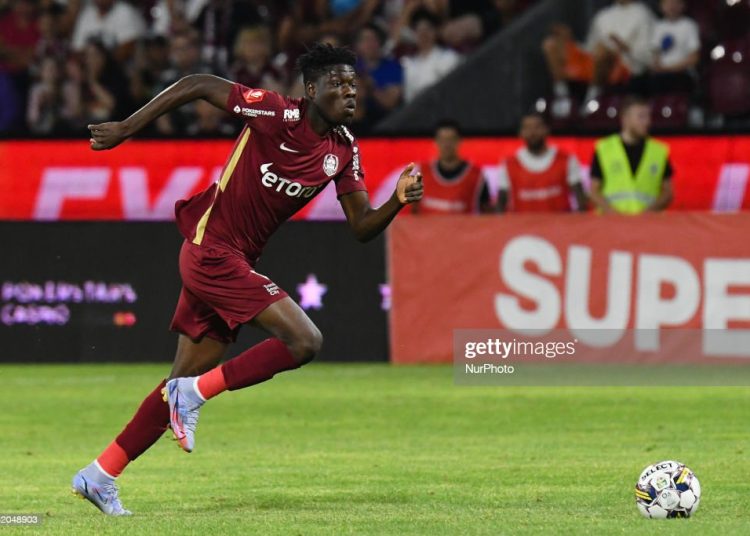 On his return to action after a proposed transfer move to Czech side Slavia Prague fell through, Ghanaian forward Emmanuel Yeboah registered his third assist of the 2022-2023 season.

Yeboah was instrumental in Cluj’s 3-0 win over Farul Constanta away from home in Round 22 of the Romanian SuperLiga.

The 19 year old started out on the right side of a three man forward line and played 67 minutes before getting replaced by Rangelo Janga.

He laid on a pass for fellow forward Ermal Krasniqi to score the game’s opening goal in the 49th minute to register his third assist of the season.

Yeboah has three goals in 17 league games this season and delivered an encouraging response to a failed move to Slavia Prague. (Click highlighted text to read full story) 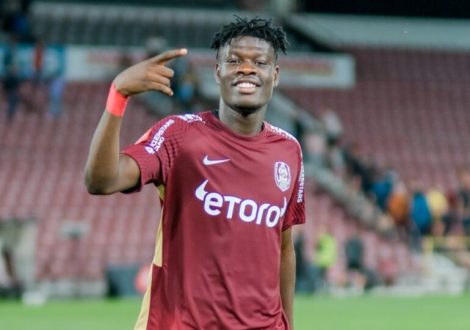 This is Yeboah’s debut campaign for Cluj after a quick rise through the ranks of lower tier Ghanaian side Young Apostles FC.

The move collapsed after Prague opted for a loan deal instead of an agreed straight forward deal; Prague expressed concerns over the health of Yeboah’s meniscus.

Slavia’s claim was shot down by Cluj with a statement. 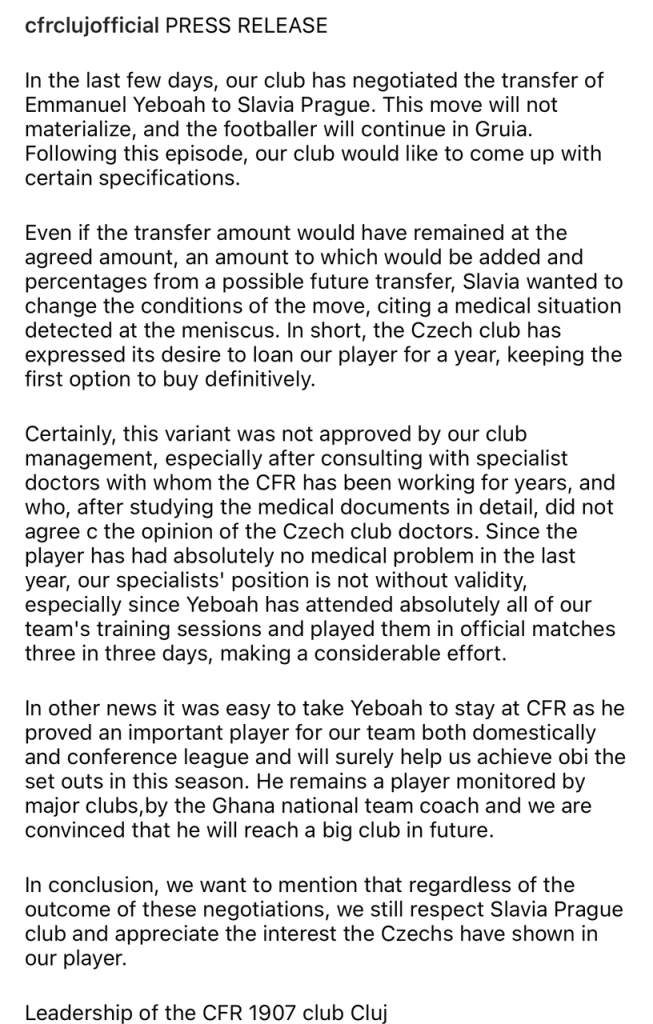