Manchester City forward Leroy Sane has been left out of defending champions Germany’s 23-man squad for the 2018 FIFA World Cup in Russia.

But Chelsea defender and Bayern Munich right back Joshua Kimmich both made it to Joachim Low’s squad despite a training ground bust up a week ago.

Bayer Leverkusen pair of Jonathan Tar and Bernd Leno have also been dropped.

Low went with nine members of the team that won the trophy four years ago in Brazil with Jerome Boateng and Manuel Nueur making the team despite injury concerns.

Dortmund’s Marco Reus, who missed the last tournament due to a last minute injury, is also named. 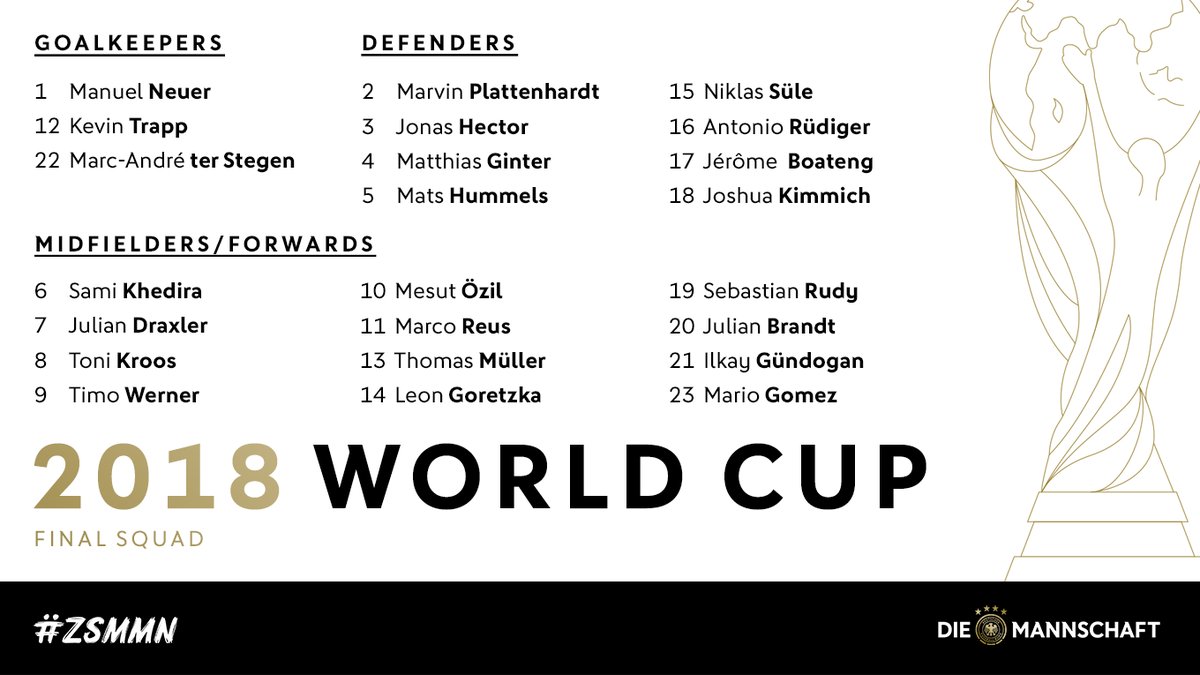