The game began in largely uneventful fashion, with both teams appearing to treat the fixture like any other pre-season friendly.

City took the lead on 13 minutes through Sergio Aguero, who drove the ball into the bottom corner after Phil Foden’s impressive run.

Chelsea remarkably left the Argentinian hitman in plenty of space on the edge of the area, and he didn’t need to be asked twice to score his 200th Manchester City goal.

There were signs of promise for the Blues later in the half as Callum Hudson-Odoi fired wide, before then having a shot spilled by Claudio Bravo, though it ultimately came to nothing.

Bravo survived a second scare just before half time as he misjudged a Marcos Alonso long ball which sailed over his head.

The Chilean ‘keeper was relieved that no harm was done as he managed to sprint back and claim possession before Alvaro Morata could equalise.

Aguero had the chance to double City’s lead five minutes into the second period, eventually rounding Willy Caballero, only to blast the ball into the Blues’ side netting.

Ten minutes later, he made up for that mistake and slotted past Caballero to round off a beautiful move in which he was set up by a pass from Bernardo Silva.

The Chelsea goalkeeper was forced to make a sharp save to prevent Aguero’s hat-trick later on, as he kept out a close range volley to keep the score at 2-0.

Brahim Diaz and Gabriel Jesus both also forced Willy Caballero into action before the game’s end, but couldn’t add to the scoreline.

City saw out the match to claim the season’s first piece of silverware, keeping a clean sheet in the process.

Aguero was without doubt the 2018 Community Shield’s star man. At 30, the Citizens’ star striker is showing no signs of a dip in form and bagged two goals against Chelsea to send a stern warning out to his side’s Premier League rivals in the upcoming campaign.

MOMENT OF THE MATCH

City’s second goal was a thing of beauty. The build-up which delivered the ball to Bernado Silva was exquisite and the Portuguese creative force threaded a smart pass through to Sergio Aguero who rounded off the move with aplomb. 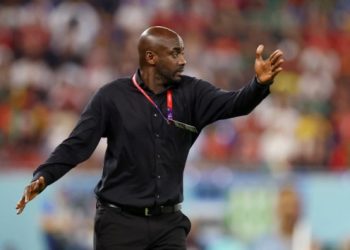