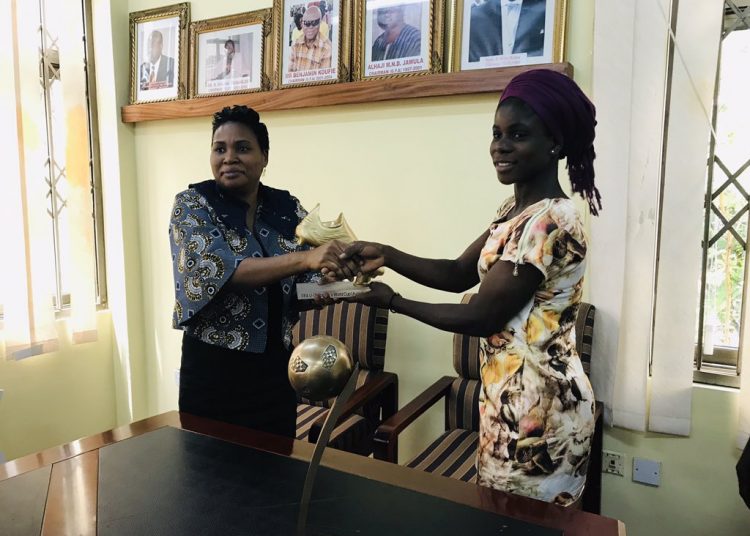 Months after being named top scorer and 3rd Best Player of the 2018 FIFA Women’s U-17 World Cup in Uruguay, Ghana’s Mukarama Abdulai, got her awards from FIFA on Monday.

She was presented the two awards by the Normalisation Committee of the Ghana FA at a short ceremony.

Out of the 86 goals scored in the tournament, Abdulai got 7 together with Spain’s Claudia Pina.

Abdulai got goals in Ghana’s run to the quarter finals of the competition where they lost 4-2 on penalties to Mexico after the match ended 2-2 after regulation time.

In addition to Mexico, Abdulai got goals against New Zealand, Uruguay and Finland in the group stages.

In terms of the Best Player ratings, Abdulai was 3rd behind Spain’s Claudia Pena, and Mexico’s Nicole Perez.