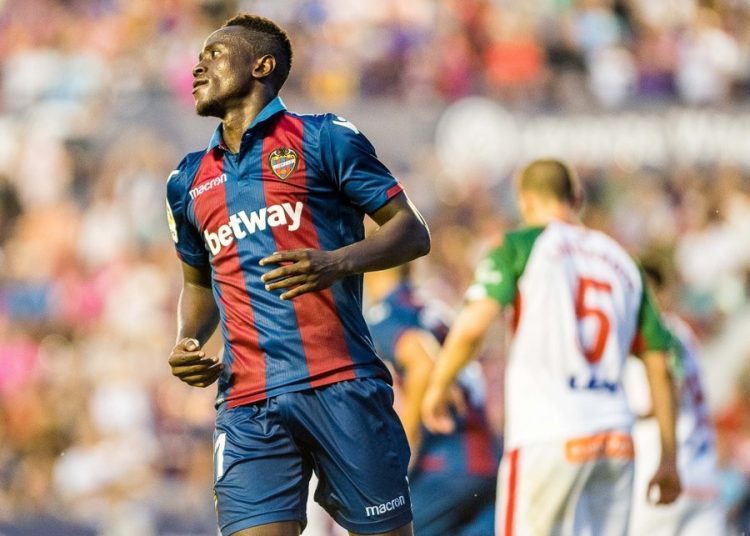 Spanish La Liga side Levante UD have reached an agreement with Chinese Super League side Dalian Yifang over the transfer of Ghana international Emmanuel Boateng.

Boateng agreed personal terms with Yifang some weeks ago, but the deal delayed due to the inability of the two teams to agree a fee.

Levante, however on Wednesday, confirmed on their official Twitter page, that they had come to an agreement with Yifang and also bid farewell to Boateng.

The trasfer fee is believed to be in the region of € 11 million, with the 22 year old reportedly set to earn close to $1 million a year.

Boateng joined Levante back in 2017, and went on to make over 50 appearances for the side, with perhaps his greatest moment in the Levante shirt coming at the tail end of the 207/2018 season when his hat-trick helped his side beat Barcelona and end the Catalan side’s unbeaten run.