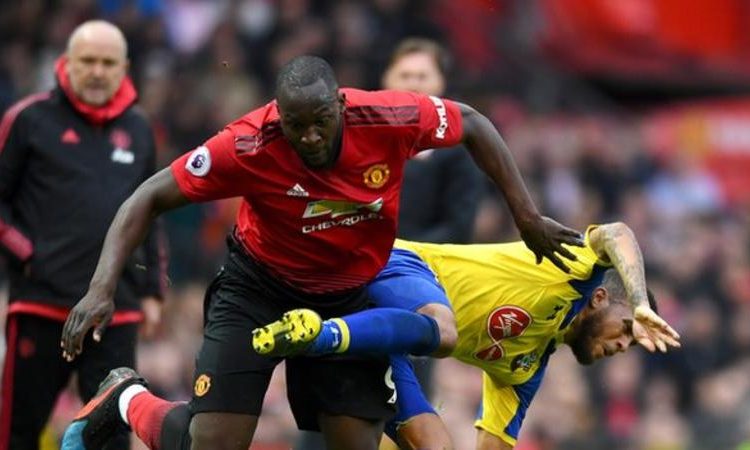 Romelu Lukaku hit a late winner as Manchester United moved to within three points of third-placed Tottenham after a pulsating game with Southampton.

With United two minutes from missing out on fourth spot, Romelu Lukaku struck with a calm finish to seal the points at Old Trafford.

Yan Valery had given struggling Saints a surprise lead with an outstanding finish from around 25 yards before United turned it around with two goals in six second-half minutes.

Andreas Pereira equalised with a spectacular long-range strike before setting up Lukaku to make it 2-1.

Saints fought back to make it 2-2 through James Ward-Prowse’s exquisite free-kick before Lukaku dramatic winner.

In an incident-packed match, Paul Pogba missed the chance to make it 4-2 when Angus Gunn saved his late penalty.

They’re now up to fourth, three points behind third-placed Tottenham and a point ahead of Arsenal with nine matches remaining.

United’s 10th win in 12 top-flight games under Solskjaer was perhaps their most entertaining match of his reign so far.

Having fallen behind to Valery’s sensational strike, United struggled to get into a rhythm before turning it around after half-time.

Pereira’s curled finish was of the highest quality and Lukaku showed great composure to make it 2-1 with a low, controlled finish.

Yet United, who had failed to win their previous three home games, looked like they would have to settle for a point after Ward-Prowse’s free-kick made it 2-2.

However, there is a never-say-die spirit about Solskjaer’s United and Lukaku whipped off his shirt in celebration after hitting the winner.

There was still time for Pogba to miss from the penalty spot after Stuart Armstrong had fouled Marcus Rashford, but even that failed to dampen the mood of the fans.

Surely it can only be a matter of time before United’s hierarchy make Solskjaer’s appointment permanent.