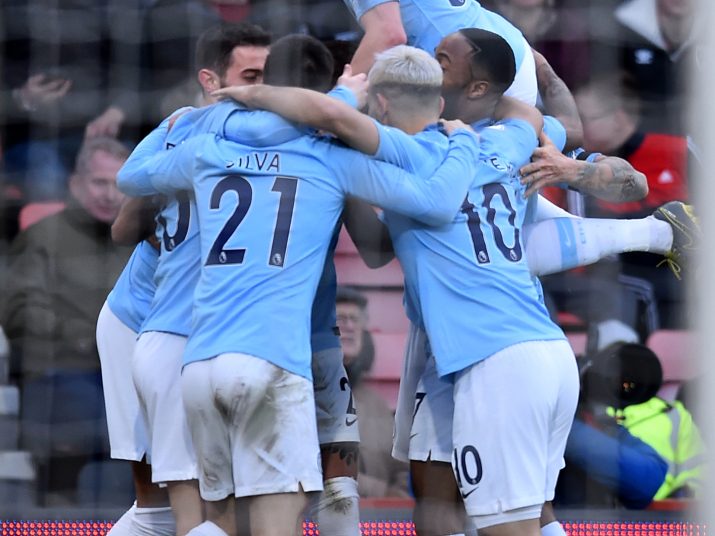 Manchester City returned to the top of the Premier League after edging past Bournemouth.

Brighton and Wolves also picked up wins at home while Burnley succumbed to a heavy defeat to Crystal Palace.

Manchester City returned to the top of the Premier League but lost Kevin De Bruyne and John Stones to injury following a 1-0 success at Bournemouth.

Substitute Riyad Mahrez secured City’s fifth successive top-flight win with a low strike early in the second half after coming off the bench to replace the stricken De Bruyne.

With title rivals Liverpool not in action until Sunday’s Merseyside derby against Everton, City moved two points clear at the summit, albeit having played a game more.

But victory on the south coast, which was wrapped up without the hosts producing a shot at goal, came at a significant cost to Pep Guardiola’s side.

Brighton grabbed their first Premier League victory of 2019 at the eighth attempt with a 1-0 win over Huddersfield.

The victory halted a slide that had threatened to drag the Seagulls from mid-table at Christmas into the bottom three.

Substitute Florin Andone scored the only goal after 79 minutes of a nervy encounter with his fourth league goal of the season to give his side three points that they just about deserved for an improved second-half display.

Huddersfield had won for the first time in 15 matches in midweek, but back-to-back victories proved beyond them. They are without an away league goal in 452 minutes since Mathias Jorgensen scored in their 3-1 loss at Manchester United on Boxing Day.

The teams began the day locked together on 30 points but Palace had much the better of things under grey Lancashire skies, with Michy Batshuayi and Wilfried Zaha adding to an own goal from Phil Bardsley.

Ashley Barnes pulled one back late on for Burnley but it was little consolation. 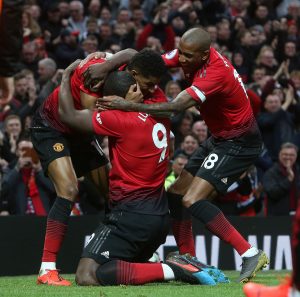 Paul Pogba missed a stoppage time penalty but it didn’t matter as Manchester United claimed a 3-2 victory against Southampton in a five-goal thriller.

Yan Valery’s 25-yard piledriver stunned Old Trafford into silence midway through the first half but Andreas Pereira drew United level seven minutes into the second half with a fine curling effort.

Pereira then teed up Romelu Lukaku as United retook the lead on the hour and the Belgian would have the final say – after James Ward-Prowse equalised with a sublime free-kick – with a fantastic finish in the last minute.

The duo struck in the first half to ensure the hosts broke their Premier League points record with the victory.

Wolves sit seventh on 43 points as they continue to chase Europe, having lost just four times in their last 19 games in all competitions, reaching the FA Cup quarter finals in the process. 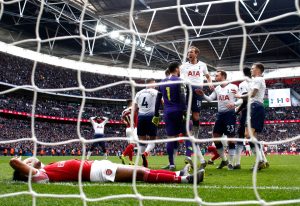 Pierre-Emerick Aubameyang had a stoppage time penalty saved by Hugo Lloris as Tottenham Hotspur and Arsenal battled out an eventful draw at Wembley.

Harry Kane became the all-time top scorer in north London derbies after equalising from the spot – and his effort was enough to earn Tottenham’s first draw in 33 matches.

It was the Englishman’s ninth goal in nine Premier League games against the Gunners, but Lloris’ stop was even more important as it ensured Spurs avoided three successive defeats, which would have left Tottenham’s chances of sealing a place in the top four in serious jeopardy.

Both penalty decisions were soft, with Kane appearing offside, while Unai Emery’s side finished with 10 men after Lucas Torreira was sent off in stoppage time for a foul on Danny Rose.