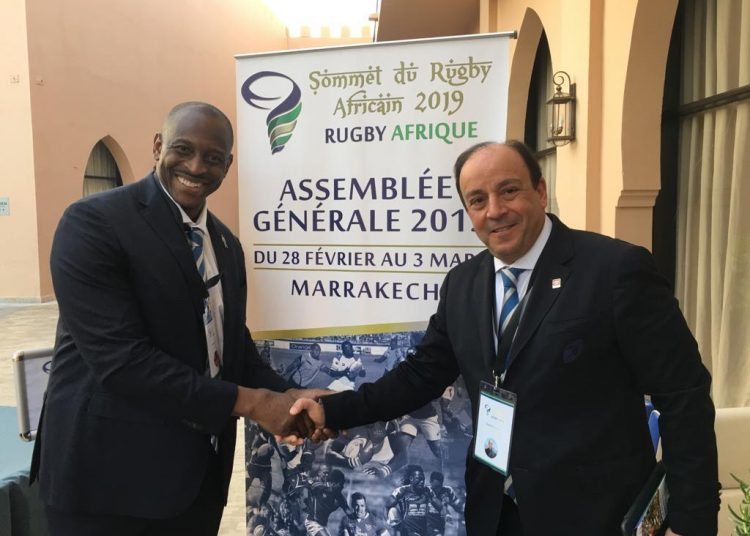 President and Board Chairman of Ghana Rugby, Herbert Mensah, has been incorporated as Representative of the newly elected Rugby Africa Board.

This step followed the election of a new Board for Rugby Africa in Marrakech-Morocco on 2 March 2019.

The 27 voting members, by secret ballot, elected the 7 officers of the following Executive Committee (EXCO):

Herbert Mensah was invited to the first Board Meeting of the new Executive Committee and the new President, Khaled Babbou, who seated Mensah by his side, announced that Mensah has been appointed as Representative who shall be, without exception, permitted to attend all meetings (for full duration) of the EXCO.

Ghana Rugby withdrew all its six nominations for the election prior to commencement of the elections after which the newly elected President, Khaled Babbou, brought Mensah to the front of proceedings and lifted his hand in acknowledgement of the signal by Mensah and Ghana Rugby that it will support the new Board in the interest of Rugby in Africa. 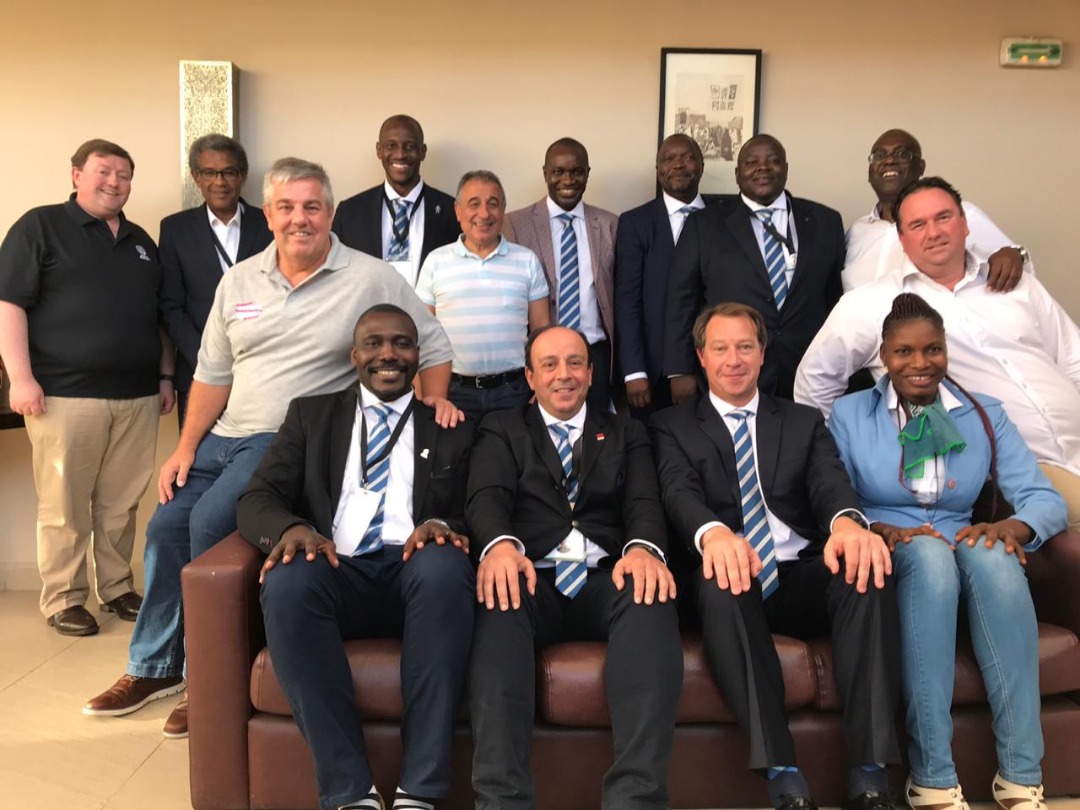 When asked, Mensah stated that unity was more important if Africa Rugby was to tackle its compliance, constitutional and data management issues which would strengthen the image and assist with the issue of raising much needed independent funds for the continent.

According to Mr. Mensah, the General Meeting was preceded by intense discussions with Babbou and other key stakeholders, and the withdrawal of nominations followed after assurances were given that Mensah will be brought into the fold and that a total review of the Rugby Africa Constitution will be high on the agenda of the New Board.

He said: “In order to ensure that the Constitution safeguards the interests of all Members and provides scope for the Board to expand its capabilities, it has become essential to review the constitution in totality.

“To this end, Mr. Babbou has given me the assurance that the Board will establish a Constitutional Review Committee (CRC) with the mandate do a critical evaluation of the current Constitution and formulate recommended changes for presentation to the Board.”

Mr. Mensah also said that he has been given the assurance that an urgent investigation into the adoption of an online rugby management system for all Africa Rugby Unions will be investigated.

“Player registration and management is not only a key governance evaluation criteria for Unions, but it is also a means to bring about enormous efficiency benefits for Unions that should reduce the administrative burden and streamline the process of player and tournament management.”

Mensah has previously indicated that the biggest challenge of Rugby Africa is to find sustainable funding for the programmes of Rugby Africa from sources other than World Rugby.

“If the ‘Rugby Africa Offerʼ is packaged properly and professionally backed by the right individuals, who will be accountable for the employment of the funds and the delivery of the benefits sought by investors, sponsors and donors, there is no reason why Rugby Africa canʼt go out and find the money it needs to fill the current gap that restrains it from delivering its mandate to its Members,” Mensah said.

It is expected that Mensah will play a key role in the structure that will be set up to look at the funding issues of Rugby Africa.