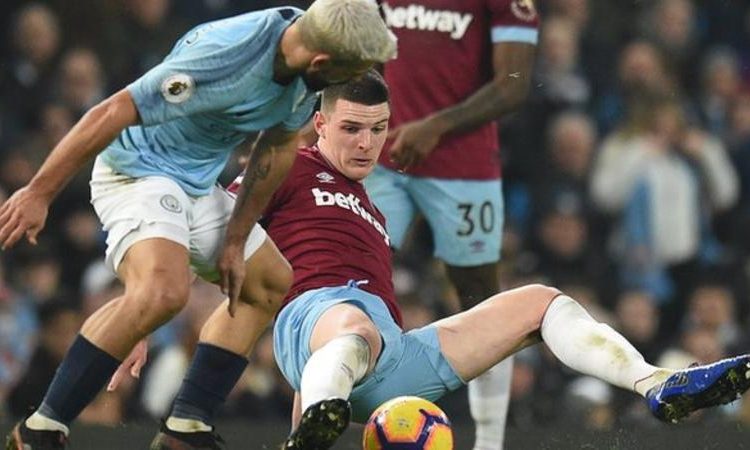 West Ham midfielder Declan Rice has been named in England’s squad for the Euro 2020 qualifiers against the Czech Republic and Montenegro in March.

The 20-year-old switched international allegiance from the Republic of Ireland to England in a move recently ratified by world governing body Fifa.

London-born Rice played three times for the Republic but qualified for England as they were all friendly appearances.

England host the Czechs on 22 March and are away in Montenegro on 25 March.

Rice, who has Irish grandparents, played for the Republic from under-16 level and went on to make three senior friendly outings last year, including games against France and the United States before the 2018 World Cup.

He broke into the West Ham first team at the start of the season and, as he considered his international future, was omitted from Republic squads because playing competitive games would have stopped him switching allegiance.

Why no Wan-Bissaka or Angus Gunn?

The in-form pair are dual-qualified – Wan-Bissaka has played once for the Democratic Republic of Congo at under-20 level and Gunn is coveted by Scotland.

Southgate said: “I could pick players, give them a cap and stop them playing for someone else but I don’t think that’s right. Angus has got a good challenge to get into our under-21s. There’s some good competition for places.”