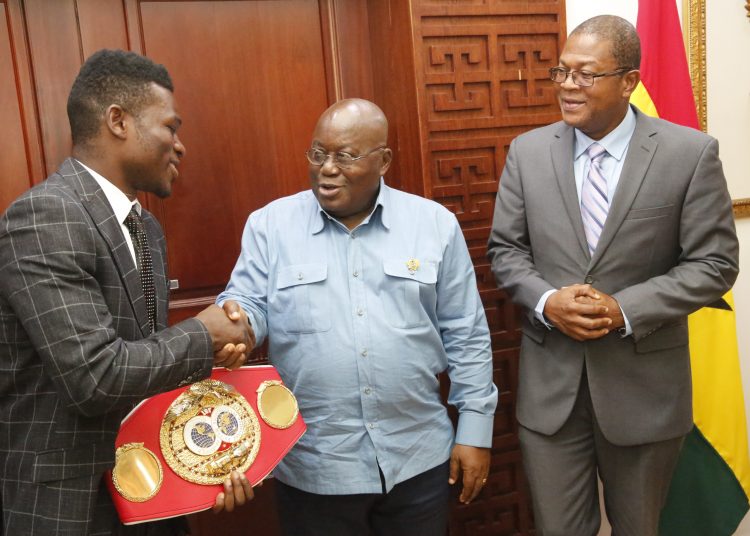 President of the Ghana Boxing Association, Peter Zweenes, has set his sights on producing a world champion from each region in the country.

Zweenes made the remarks when he led IBF Lightweight Champion, Richard Commey, to meet President Akufo Addo at the Jubilee House on Monday.

Commey is the second world champion the country has produced in a matter of months, after Isaac Dogboe also won the WBO Super Bamtamweight title last year.

Zweenes said given the needed support, the GBA can produce a world champion from every region.

‘When it comes to bringing honors to this country in the area of sports, there’s none [comparable to boxing],” Zweenes said.

“We in boxing are abound with a lot of talent and I can say that if we have the necessary support from the state, One District, One Factory may be too ambitious but you can expect one region, one champion to happen,” he concluded.

Ghana will have the opportunity to reclaim another world title when Isaac Dogboe faces Emmanuel Navarette on May 11 in an attempt to take back the WBO Super Bantamweight title he lost to the Mexican in December 2018.