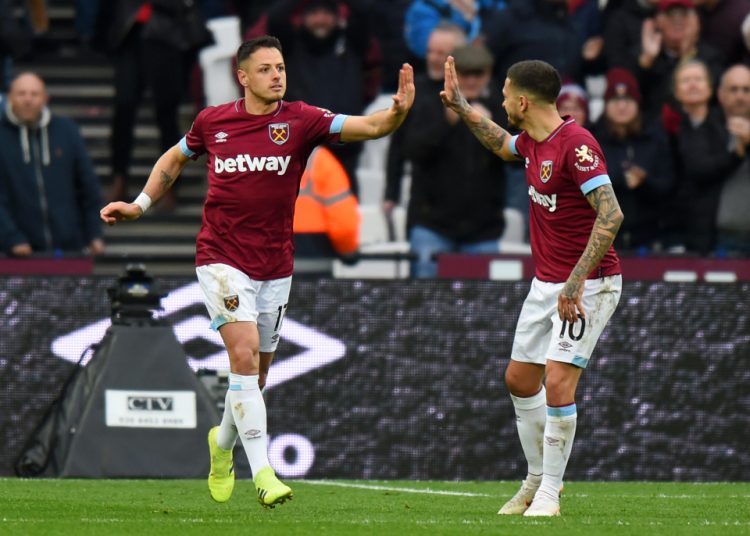 West Ham United fought back from behind to claim a stunning 4-3 victory over bottom side Huddersfield Town.

Bournemouth were denied late by their former player Matt Ritchie as spoils were shared at the Vitality Stadium.

Scroll down for a review of all the action…

There was late drama at the Vitality stadium, where Newcastle fought back to earn a 2-2 draw after Matt Ritchie scored a superb volley deep into added time.

Ryan Fraser saw an early effort hit the outside of the post, but it was the visitors who broke the deadlock moments before half-time through a curling free-kick from Salomon Rondon.

The home side were back on level terms soon after the restart when Joshua King converted a penalty in the 48th minute after Nathan Ake had been brought down by Federico Fernandez.

King got his second of the afternoon in the 81st minute from a pass by Dominic Solanke, which looked to have secured Bournemouth all three points.

Newcastle, though, earned themselves a share of the spoils following Ritchie’s fine finish from a cross by DeAndre Yedlin.

Wes Morgan scored a 90th-minute winner for ten-man Leicester as they overcame the fourth-minute dismissal of Harry Maguire to claim an unlikely victory over Burnley at a wet and windy Turf Moor.

The England defender was shown a straight red card for bringing down Johann Berg Gudmundsson but Burnley were unable to make their numerical advantage count and the 2-1 defeat was their fourth in a row.

Leicester took the lead in the 33rd minute through a fine free-kick from James Maddison but 19-year-old Dwight McNeil equalised with his second Premier League goal five minutes later.

Burnley pushed for what would have been a potentially crucial win in their battle against relegation but instead it was Morgan who found the breakthrough, heading in Youri Tielemans’ deflected cross.

Javier Hernandez scored twice as West Ham came back from the brink of a humiliating defeat to beat Huddersfield 4-3.

Town, rock-bottom of the Premier League and all but doomed to relegation, were heading towards only their fourth win of the season when they led 3-1 through Juninho Bacuna and a double from Karlon Grant.

But Hernandez climbed off the bench to score twice and shove Huddersfield another step closer to the Championship.