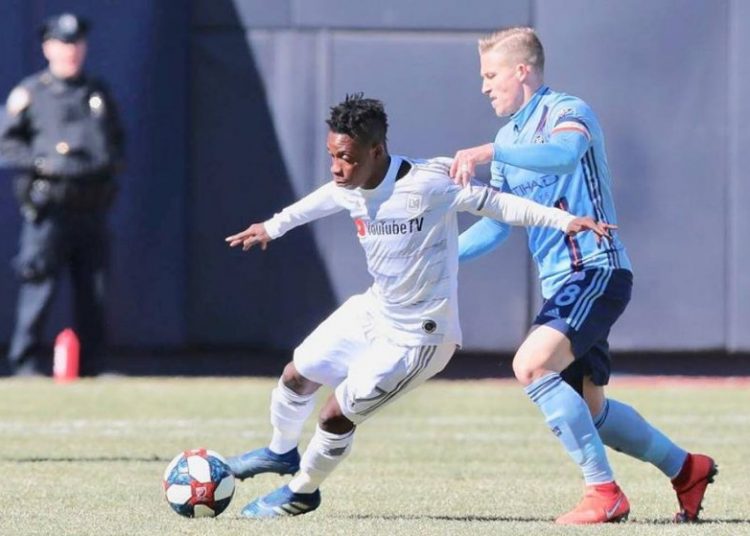 Ghana’s Latif Blessing was the object of commendation from fellow Los Angeles FC player, Carlos Vela and the team’s head coach, Bob Bradley, after his display in the team’s 2-2 draw with New York City FC on Sunday in the MLS.

The former Liberty Professionals forward lasted the entire duration of the tie and contributed an assist for Los Angeles’ first goal of the day which was scored by Vela in the 43rd minute.

After the match, Vela, who scored LA’s two goals in New York, spoke highly of Blessing and what he did for the team team in the match.

“Latif had an amazing game. He played really and did a great job. Last week, I said that we needed more Latifs in the team.”

On his part, Bob Bradley reiterated the benefits of having a player like Blessing who would be willing to fill in at various spots when others were not available.

“We have a deep team and when guys are not around, you miss them but others step up and play. For instance, I thought Latif did a fantastic job in midfield. He was full of energy and came away with loose balls and helped us in so many ways.”

Blessing’s versatility has been noted by many followers of the team as a key tool going forward for the rest of the season.

Were there any other Ghanaians who played in the MLS this weekend?

Ebenezer Ofori was a direct opponent for Blessing  and he played 49 minutes for New York City FC.

Jonathan Mensah and Harrison Afful played 90 minutes for Columbus Crew in their 1-0 win over FC Dallas.