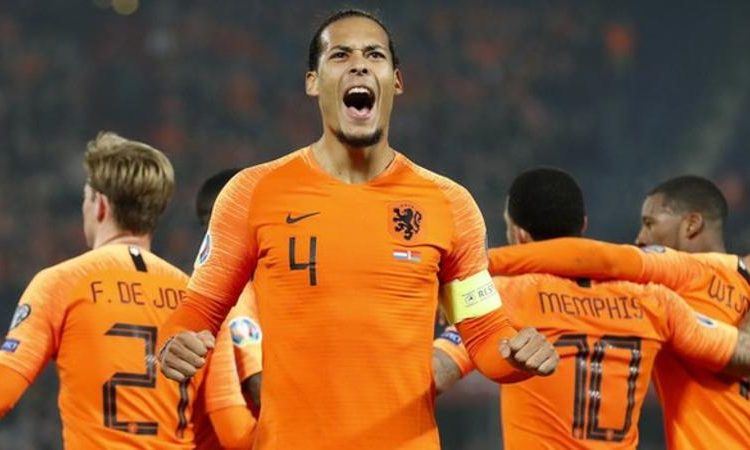 The Dutch took a first-minute lead when Depay punished a sloppy backpass before his backheel pass was converted by Wijnaldum in Rotterdam.

The Reds midfielder then earned a penalty from a foul by Mikhail Sivakov.

Depay converted before he crossed for Van Dijk to head in a late fourth.

Ronald Koeman’s side, who face England in the Nations League semi-finals in June, host Germany in an eagerly anticipated clash on Sunday.