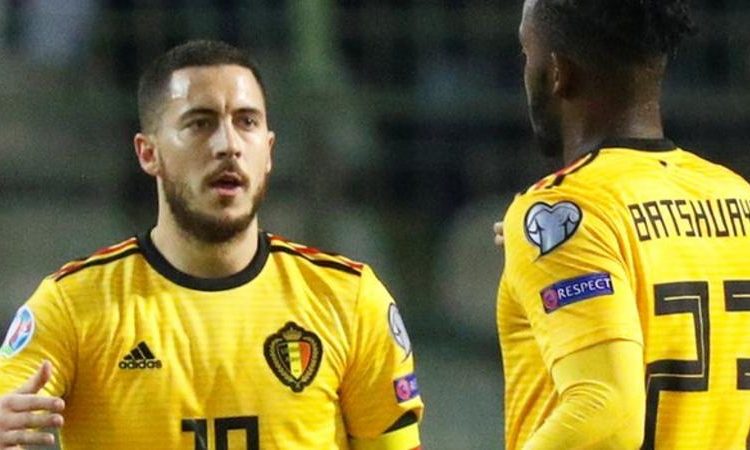 Chelsea’s Eden Hazard scored twice to spare the blushes of former club-mate Thibaut Courtois as Belgium began their road to Euro 2020 with victory over Group I rivals Russia.

Two minutes later keeper Courtois gave the ball away under pressure from Artem Dzyuba and Denis Cheryshev slotted in.

But just before the break it was 2-1 when Hazard converted a penalty before he slotted in a late third.

The World Cup semi-finalists are in Cyprus for their next qualifier on Sunday. Russia travel to neighbours Kazakhstan, who embarrassed Scotland 3-0 earlier.