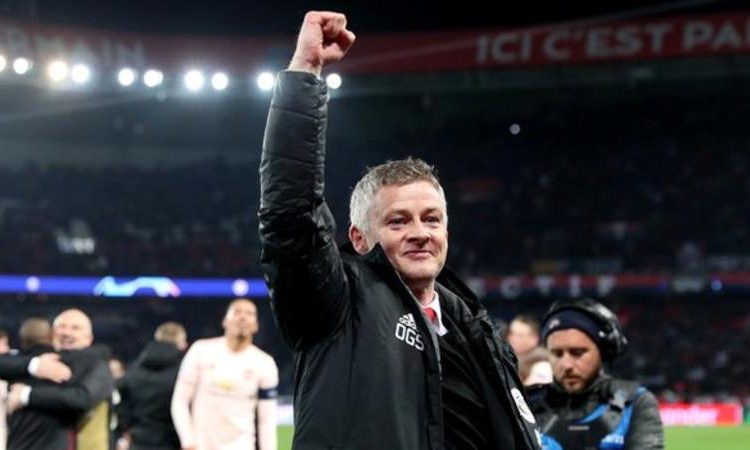 The Norwegian, 46, arrived at Old Trafford on an interim basis in December to replace Jose Mourinho.

Solskjaer spent 11 seasons as a United player, scoring the winning goal in the 1999 Champions League final.

“This is the job that I always dreamed of doing and I’m beyond excited to have the chance to lead the club long term,” Solskjaer said.

“From the first day I arrived, I felt at home at this special club. It was an honour to be a Manchester United player, and then to start my coaching career here.

“The last few months have been a fantastic experience.”

When Solskjaer took charge, United were sixth in the Premier League and 11 points off the top four.

But they have lost only once in 13 league games since – at Arsenal this month – and are now two points behind the London club, who occupy the final Champions League qualifying spot.

“Since coming in as caretaker manager in December, the results Ole has delivered speak for themselves,” he said.

“More than just performances and results, Ole brings a wealth of experience, both as a player and as a coach, coupled with a desire to give young players their chance and a deep understanding of the culture of the club.”

United reached the quarter-finals of the Champions League for the first time since 2014 when they overturned a 2-0 first-leg deficit thanks to a stoppage-time penalty at Paris St-Germain this month.

Solskjaer’s assistant Mike Phelan still has a contract with Central Coast Mariners in Australia, although it is anticipated he will also stay on at Old Trafford.

Ferguson led the club to their 20th top-flight title and David Moyes was earmarked as the Scot’s long-term successor. He was awarded a six-year contract but was sacked in his first season.

Former Netherlands and Barcelona boss Louis van Gaal left after two seasons in charge despite winning the FA Cup in his final game.

Mourinho delivered League Cup and Europa League success in his first season, and a Premier League runners-up spot in his second.

This season, United’s points tally was closer to the bottom of the league than the top, when Solskjaer – who started his coaching career as reserve team boss at Old Trafford – returned.

The team had scored only 29 goals in their opening 17 Premier League fixtures under Mourinho while also conceding 29, with many fans critical of the Portuguese’s style of football.

A thumping 5-1 victory in Solskjaer’s first match at Cardiff – where he was relegated from the Premier League during an eight-month spell as manager in 2014 – immediately raised morale.

That was swiftly followed by victories at Tottenham, Arsenal and Chelsea with a return to a more attacking style of play.