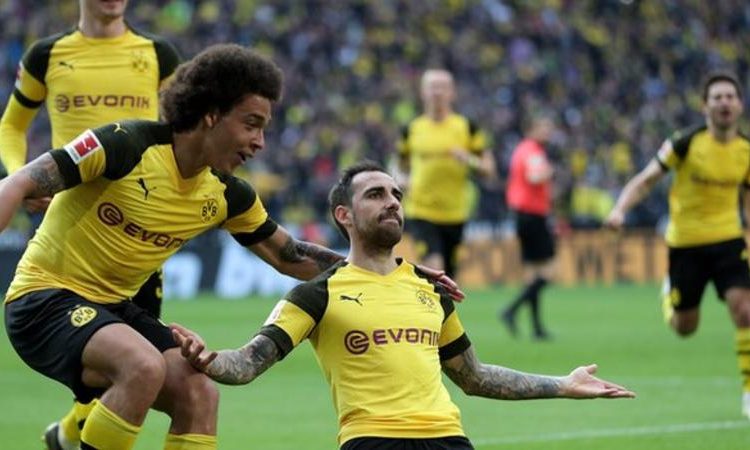 Paco Alcacer scored twice in the last five minutes as Borussia Dortmund beat Wolfsburg to go back to the top of the Bundesliga above Bayern Munich.

With nine games remaining, two points separate the pair – and they face each other next week at the Allianz Arena.

Alcacer scored from a free-kick in the 90th minute, before converting Jadon Sancho’s ball from the right four minutes into stoppage time.

Bayern dropped points at Freiburg, coming from a goal down to draw 1-1.

Lucas Holer fired in for the home side after three minutes before Poland striker Robert Lewandowski equalised with a brilliant volley in the 22nd minute. It was his 199th goal in the German top flight.

“It is very frustrating because we had done so well to catch up with Dortmund, and now we have to start again,” said Bayern coach Niko Kovac.

“I assume my players know what is at stake next weekend. We have to win now.”