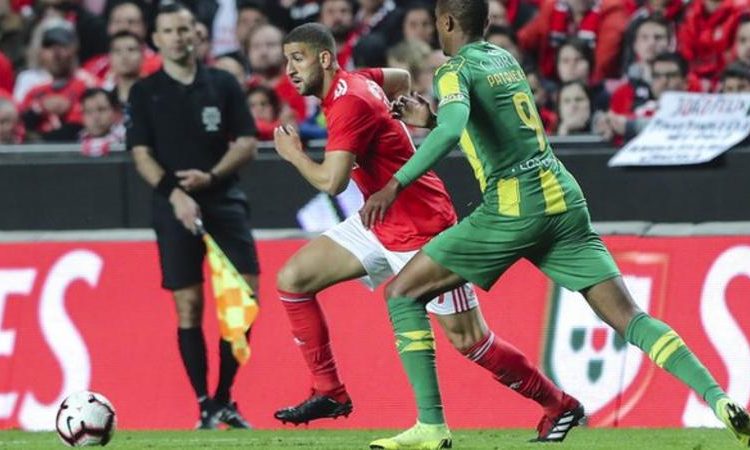 The 29-year-old Morocco international came on as a 71st-minute substitute in a 1-0 win against Tondela on Saturday.

It was Taarabt’s first outing for Benfica since joining them in June 2015 after his Queens Park Rangers deal was terminated by mutual consent.

Taarabt did not have any shots or create any chances and had 16 touches.

But his breakthrough came after Benfica manager Bruno Lage, who took over the team in early January, recently described him as “a player who always trained well, with the intensity I like”.

Under Lage, Taarabt returned to Benfica first-team training in February after a seven-month spell with the reserves followed an 18-month loan period at Italian club Genoa.

A creative midfielder, his career has been blighted by criticism from managers and former QPR boss Neil Warnock opted for “talented, exciting and frustrating” when asked to describe his then captain in three words.

Taarabt was criticised by then-QPR manager Harry Redknapp in October 2014 for being “about three stone overweight” but he played five times after Redknapp was replaced as boss by Chris Ramsey in February 2015.

At international level, he has been embroiled in controversy – he walked out on the Morocco side in mid-2011 when then coach Eric Gerets benched him for a key Nations Cup qualifier.

He has four goals in 17 appearances for the Atlas Lions, but his last appearance for the North Africans was in a friendly against Gabon in March 2014.