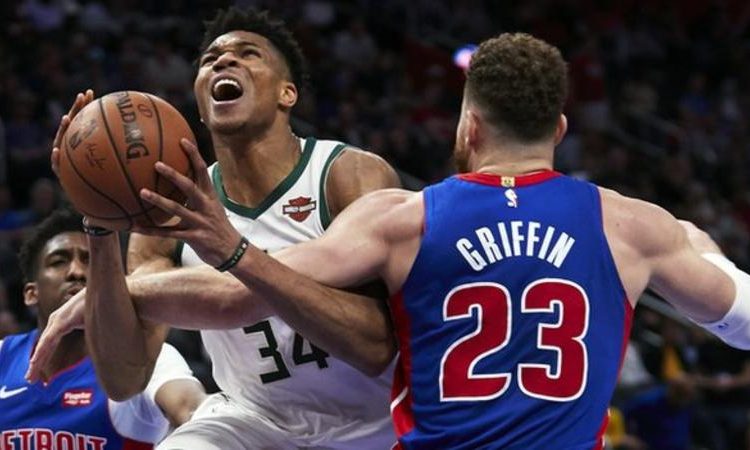 The Milwaukee Bucks beat the Detroit Pistons to establish an unassailable 4-0 lead in the best-of-seven play-off series and set up an Eastern Conference semi-final against the Boston Celtics.

The Pistons set an NBA record with their 14th consecutive play-off defeat.

The Houston Rockets lost 107-91 to the Utah Jazz in the Western Conference but lead their series 3-1.

Bucks coach Mike Budenholzer said it was important his side “take a second to enjoy” their progress after failing to make it past the first round in eight previous attempts.