Aduana vs Medeama: Fire meets color in this “Betway Derby” 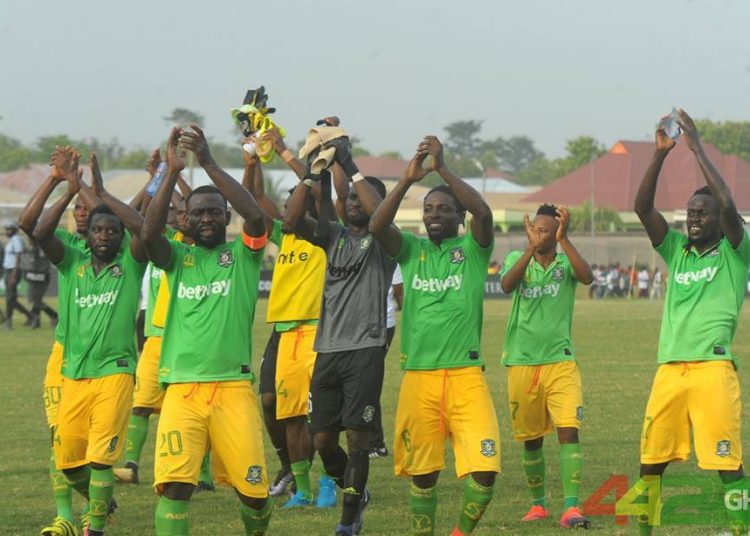 Aduana Stars host Medeama at the Nana Agyemang Badu I stadium in Match Week 7 of the ongoing NC Special Competition, with more than just 3 points at stake for both teams in what is undeniably the tie of the round.

One point separates the two Betway-sponsored clubs, with Medeama in second and Aduana in 3rd place, although the Mauves and Yellows have played one game less.

Samuel Boadu’s Medeama have already been involved in “Betway Derby” this season, losing 1-0 to Ashantigold on Match Day 4, their first and only defeat of the competition so far.

Aduana on the other hand, have put together a bit of a run since their opening day defeat to Kumasi Asante Kotoko, but they would feel disappointed that they failed to pick maximum points in the last round against Bechem United.

This game is expected to be highly tactical. Samuel Boadu, since shooting into the limelight last season, has proven himself to be a bit of a tactical mastermind, often getting his team to play a fluid 4-3-3 that alternates based on possession retained or lost. However, Boadu will be disappointed that all of that tactical astuteness has not translated in goals, with Medeama having only many managed 5 goals in their 5 games, an average of a paltry 1.0 goals per game.

W.O. Tandoh on the other hand, has relied on the team solidity, largely put together by the late Yussif Abubakar, playing a rigid 4-3-3 that relies more on team effort than individual brilliance. With the likes of Paul Aidoo and evergreen captain Emmanuel Akuoko still marshaling the defense, Aduana are difficult to break down. Noah Martey and provide a solid double pivot protection for the defense as well.

The midfield battle is expected to decide this tie. Noah Martey and Elvis Opoku have played together in the Aduana midfield for the last 3 years and have built a solid understanding in their partnership through the years.

But up against the skill set of Medeama’s Rashid Nortey and Justice Blay, they will be up for a battle. Aduana does seem to have the better wide players with Sam Adams and at times Bright Adjei, particularly very dangerous in attack.

Whatever happens, this should be some battle. Who are you back for victory? Head to Betway.com.gh to place your bets on your favorite team.