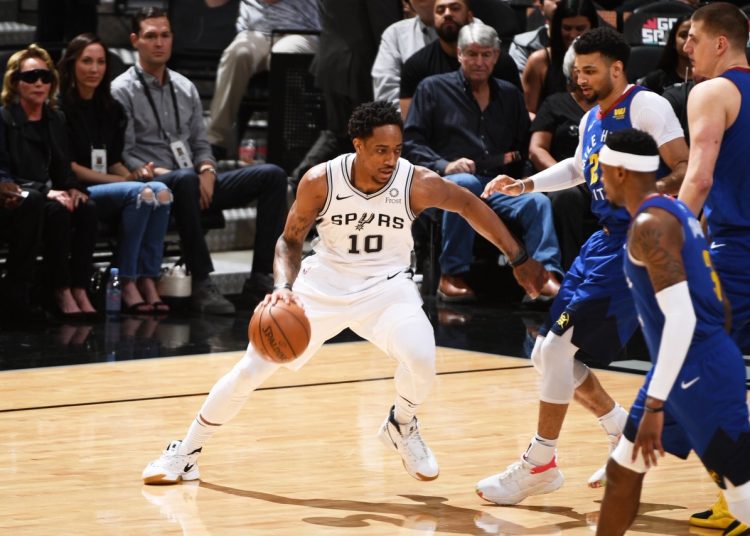 Jokic had 27 points in the second half to post the third highest point total this postseason behind the 50 by Portland’s Damian Lillard and the 45 by Golden State’s Kevin Durant. Jokic also finished with 12 rebounds and nine assists to fall an assist shy of his second triple double of the series.

Game 7 is Saturday in Denver, where the Nuggets had the league’s best home record during the regular season. The winner will face Portland.

Jamal Murray added 16 points and Gary Harris had 14 points for the Nuggets.

The Spurs were 4 for 9 on 3-pointers in the fourth quarter to overcome Jokic’s output.

San Antonio needed the win to continue the series after a listless performance in a 108-90 loss in Denver on Tuesday in which the Nuggets led by as many as 30 points.

Still, the Spurs had another hot start nullified by a better second quarter by the Nuggets.

San Antonio surged to a 34-24 lead by shooting 67 percent from the field in the first quarter while Denver missed all seven of its 3-point attempts.

DeRozan and Aldridge had a hand in the Spurs’ first 10 points, combining for six points and four assists. Aldridge drained a 3-pointer to put San Antonio up 15-8 with 7:26, leading to a timeout by Denver.

Jokic kept the Nuggets in the game in the third quarter, scoring 17 points on 8-for-9 shooting.

The Spurs were able to regroup beyond the 3-point line.

Marco Belinelli looked over at Gregg Popovich after missing a 3-pointer in the right corner with just under 11 minutes and the San Antonio coach nodded his head and clapped at the veteran guard. Popovich had a slight smile when Belinelli made his next 3 pointer a minute later.

Nuggets: The Nuggets have advanced beyond the first round in eight of 16 previous postseason appearances. Their previous advancement was 2009 when they lost to the Los Angeles Lakers in the Western Conference Finals. … Denver has used a nine-player rotation during the series. Juancho Hernangomez, Trey Lyles and Jarred Vanderbilt have played a combined 18 minutes in the series. Isaiah Thomas is active but has not played. … Murray stayed in the game after remaining on the court for about 15 seconds after taking a knee to the left thigh on a screen by Jakob Poeltl. Murray jumped up after the Nuggets called time, grabbed his left thigh and worked to stretch it out. He returned after the timeout and promptly drained a jumper.

Spurs: San Antonio is 23-9 against Denver in seven postseason matchups. The Nuggets’ lone series win over the Spurs came in the opening round of the 1985 playoffs. … It was Popovich’s 283rd postseason game, moving him past Pat Riley for second-most playoff games coached. Former Bulls, and Lakers coach Phil Jackson tops the list with 333 career postseason games coached. … San Antonio surpassed 40,000 postseason points in franchise history, joining the Los Angeles Lakers, Boston Celtics and Philadelphia 76ers as the only franchises to surpass that figure.

If not for a free meal, Popovich might not be facing such a tough test from Denver coach Michael Malone and the Nuggets.

Malone and Popovich formed a friendship in 2005 while working together for a week during the NBA’s ”Basketball without Borders” in Argentina. Malone was looking for a job in the NBA at the time and Popovich took it upon himself to recommend Malone to Mike Brown when the former Spurs assistant was head coach in Cleveland.

Considering Malone had never worked for Popovich, what made Popovich vouch for the then young assistant, who was hired by Brown.

”He bought my lunch in Argentina,” Popovich said dryly. ”No, he’s a genuine guy. He doesn’t try to pull the wool over everybody’s eyes. He doesn’t try to play an image, he’s Mikey, and he loves basketball. He’s a hard worker. I could tell a long time ago that he understood the game. He understood what won and lost. He’s got a personality where he’s got a sense of humor, but at the same time he’s got the fiber to make demands and hold people accountable. It was pretty apparent that he was going to have a career in this league. He just needed a start some place so I was happy to help him.”